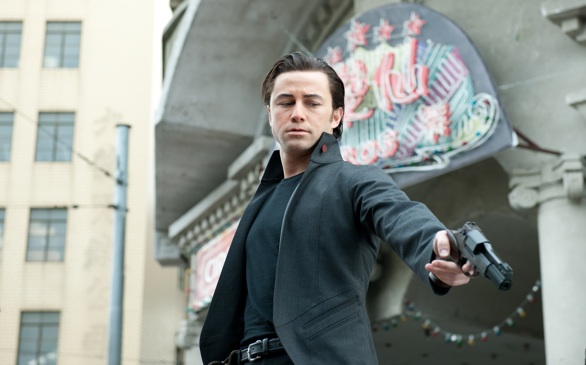 As summer turns to fall and mega hits such as The Avengers and The Dark Knight Rises start to fade away, moviegoers are treated with the fall season that runs synonymous with the Oscars. While there may not be as many blockbusters, there will certainly be enough quality to fully satisfy cinema fans. This fall proves to be a good one, as several highly anticipated films will be making their releases, as well as many high-profile directors contributing their Oscar-caliber films as well.

One of the first notable releases will be coming from the talented Paul Thomas Anderson. The Master, starring Philip Seymour Hoffman, Joaquin Phoenix and Amy Adams, chronicles a leader and his faith-based organization. Mirroring scientology, this film promises to get a good amount of press upon its release. Anderson last directed the masterpiece There Will Be Blood, so anyone who is a fan of his work should make it out to theaters for this one. Also releasing on September 14 is Finding Nemo 3D. Everyone already knows and loves the Pixar classic, therefore its reimagining in 3D is sure to be a welcome theater-going experience for children and adults alike.

September 21 and 28 sees two significant releases with Trouble With the Curve and Looper. Looper proves to be a wholly unique entry into sci-fi, with established stars Joseph Gordon-Levitt and Bruce Willis. Meanwhile, Clint Eastwood returns to the screen in Trouble With the Curve, which chronicles a baseball scout’s last trip around the block.

For some fun escapist fare, check out Liam Neeson in the sequel to his smash hit Taken, which will be released on October 5. Taken 2 follows Neeson again on another rescue mission.

October 12 sees the release of Ben Affleck’s new drama, Argo. This film follows a CIA specialist who’s in charge of rescuing six American ambassadors who have been captured in Iran. After the success of Gone Baby Gone and The Town, there is significant buzz surrounding Affleck’s new directorial effort.

Robert Zemeckis returns to live action with his new film starring Denzel Washington. Flight tells the story of an airline pilot who saves a plane from crashing and the subsequent investigation into the incident. Many are excited to see what Zemeckis is going to bring to the table after such a long absence.

November 9 is the return of James Bond in Skyfall. Daniel Craig returns as Bond, along with the girls, cars and action. After Quantum of Solace disappointed, many are eager to see the new film. Javier Bardem stars as the villain, which adds further expectation that this new Bond will impress.

November 16 marks the next chapter in the Twilight franchise with The Twilight Saga: Breaking Dawn, Part 2. While it will certainly dominate the box office, don’t expect much unless you’re a fan.

November 21 marks David O. Russell’s return to the big screen with Silver Linings Playbook. Starring Bradley Cooper and Robert De Niro, this film follows a man struggling to get his life together after a stint in a mental institution. Russell last impressed with The Fighter, so look forward to another Oscar-caliber film.