Should You Buy the New iPhone? 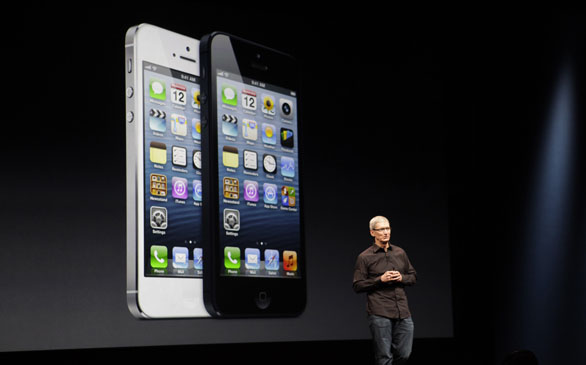 After months of speculation and rumors that often precede new Apple products, the iPhone 5 has arrived. And with pre-orders set to begin Friday, the question is: Should you buy one?

The iPhone 5 is an improvement over its immediate predecessor, the iPhone 4S, with the new phone sporting a bigger screen and faster processor. But the iPhone brand, which revolutionized mobile technology when it debuted in 2007, is no longer the unchallenged technological leader.

Other smartphones have screens bigger than the iPhone 5's, and with the same if not better quality.

And although Apple fans will welcome the fact that the iPhone 5 has 4G LTE connectivity, that's been available on phones using Google's Android mobile operating system for a couple of years.

That isn't to say that the iPhone 5 won't turn out to be a great smartphone - the others in the line have been sophisticated marvels. It's just that the iPhone 5 is not a huge leap forward, and the line now has significant competition.

Which leads back to the original question: Should you get one?

-You already own an iPhone. In that case, you've probably bought a bunch of apps and other items that will easily transfer to the new device.

-You own a bunch of Apple products. If there's one thing at which Apple is still the best, it's building an ecosystem. No other company has developed a technological environment that lets you jump from laptop to phone to tablet the way Apple has with its Mac, iPad and iPhone.

-You want the best operating system. Google's Android has gotten a lot better recently, but Apple's iOS is still the best.

-You want style points. The iPhone is still the most stylish phone.

-You want to save money. There are other phones available that are cheaper than the iPhone 5 with the same storage space and similar features. The HTC One X, one of the best Android models, costs half the price of the iPhone 5.

-You want the biggest screen. The iPhone 5's 4-inch looks very nice, but other phones have screens larger than 4.5 inches. Samsung's Galaxy Note phone has a screen that's more than 5 inches.

-You want the most technologically advanced phone. The iPhone 5 sports Apple's latest mobile operating system, iOS 6, but other phones have longer-lasting batteries and more features, such as near-field communication, which allows devices to exchange data when in proximity.

-You own a non-Apple tablet computer. If you have a tablet that uses the Android system - or if you plan to buy one of the upcoming Windows 8 tablets, such as Microsoft's Surface - you should get a smartphone that runs the same operating system. That way, you can more easily share data and apps.

One other note: If you recently bought the iPhone 4S, you may still be able to return it.

Some major companies that sell the phone - including AT&T, Target, Best Buy, Virgin Mobile and Apple itself - give you at least 30 days to return the phone, as long as it's undamaged, in its box and has all its accessories. Other companies, such as Verizon, Sprint and RadioShack, give you 14 days, while Wal-Mart will match the return policy of the carrier you chose for the phone.