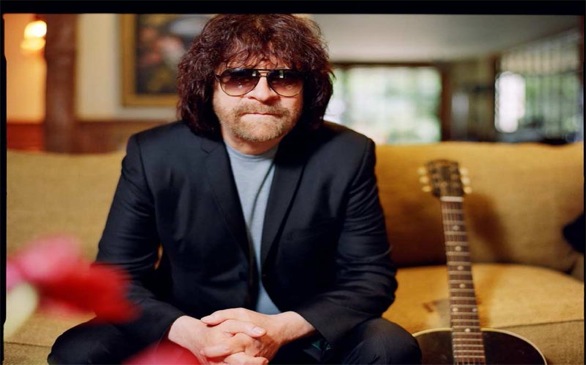 Long Wave, the new work by ‘70s rock star, Jeff Lynne, is about to be unleashed under Frontiers Records. The former front man of Electric Light Orchestra returns with a true musical gem that breathes cinematic magic and new passion, fueled by rock-opera elements, into a collection of classic tracks.

This album powerfully celebrates the songs of a time when Lynne’s lifelong passion for music began, evoking an era back when old standards and new elements paved the way to rock ‘n’ roll. These songs generated the electric light that made him the icon he is today.

The album contains cover versions of songs that struck deep in Lynne's core while growing up in Birmingham. The 11-track album includes the celebrated "At Last.” The album begins with “She,” a song penned by Charles Aznavour that doubles as a powerful ode to 'woman.' “May be the beauty or the beast, may be the famine or the feast,” sings Lynne with the same ardor it held decades past.

Lynne can make you fall in love with music. The man, who created hits like “Mr. Blue Sky” and ”Evil Woman,” has since worked with huge artists like George Harrison and Bob Dylan. However, rumor had it that the producer/writer/singer had retired from music indefinitely, until now. No wonder I jumped up and down on my bed when I heard the master himself was back!

Lynne explains that his new album stirs up old memories and feelings that inspired his whimsical and trademarks sound:

“I call this new album Long Wave because all of the songs I sing on it are the ones heard on long wave radio when I was a kid growing up in Birmingham, England. These songs take me back to that feeling of freedom in those days and summon up the feeling of first hearing those powerful waves of music coming in on my old crystal set.”

Lynne somehow makes pre-rock standards like “Bewitched, Bothered and Bewildered,” “Smile” and “Love Is A Many Splendored Thing”-- along with a few tracks from the ‘60s, such as the first single “Mercy, Mercy,” “Let It Rock” and “So Sad” -- his own with these doting versions.

After listening to Long Wave, I can only conclude Lynne continues to be a musical genius and a brilliant one-man-band.