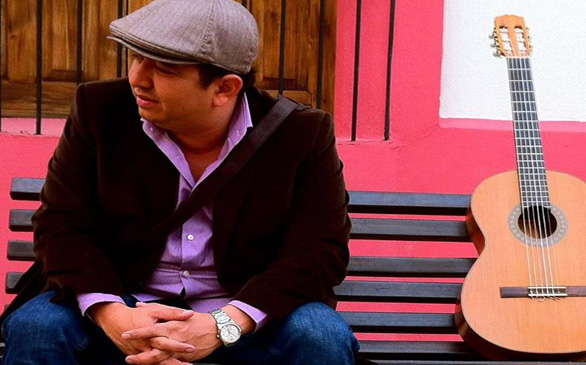 In the beginning, singer/songwriter Carlos Macías truly didn't know he held a musical talent. It wasn't until a young girl asked him to compose a song for her that he found his magical gift.

"As a kid, I began playing the guitar and I gave out serenades and performed at Catholic churches," Macías says. "But then later on in 1994, a girl from Zacatecas asked me to compose a song for her birthday."

Initially he said no, but the girl convinced him. Eventually, Macías wrote the song, and a lot of people loved it. That's how he found his passion and current profession.

Now, many in Mexico considered him a genius. Cristian Castro, Pablo Montero, Emilio Navaira, Banda el Recodo, Pequeños Musical and Banda Machos are among the many who have sang and performed tunes written by Macías.

Now, he's done just that with a solid piece in "Divina Tu" for the acclaimed soap opera "Amor Bravío" that is nationally televised on Univision.

"That song is the most important and most loved in my career," Macías admits. "It's a song that gave my dreams and illusions a turn, including my sad and frustrating moments...I'm very happy with that song." He added that he frequently asked God for it to be a track that people could use to identify themselves with and also one that people sincerely liked.

"I wanted women to feel beautiful and loved," he says. "It's a song dedicated to women in general."

But other songs will be featured on "Amor Bravío." They're all part of Macías' new album, El Cartero, which is now available on iTunes. Once November arrives, Macías is scheduled to release the album in the U.S. while touring, promoting and handing press interviews. The other tunes slated to be played during the airing of the soap opera are "Amarte Así", “Mil Vidas”, “Tu Perfume” and “Olvidarte Jamás.”

"This has never happened before where there is a soap opera playing five total songs from the same singer/songwriter," Macías says. "It's an honor. I feel privileged."