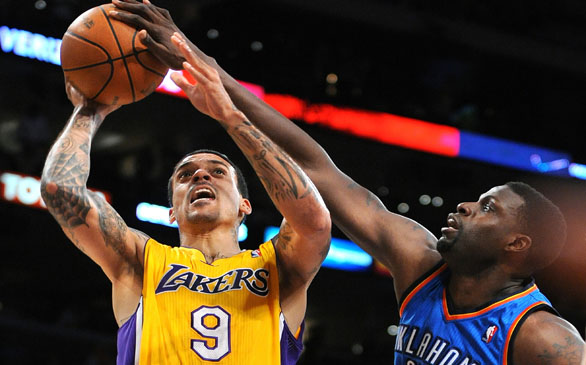 Small forward Matt Barnes has signed with the Los Angeles Clippers for a one-year deal, according to a press release from the organization. Terms of the contract were not revealed. However, ESPNLosAngeles.com's Ramona Shelburne reports that Barnes received a one-year deal at the veteran minimum of approximately $1.2 million.

The 32-year-old Barnes averaged 7.8 points and 5.5 rebounds in 63 games for the Los Angeles Lakers last season. He's expected to strengthen the Clippers bench.