Stanford had Answers for Every USC Weapon 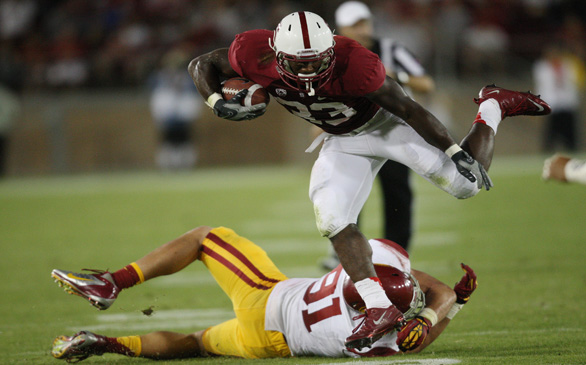 The USC Trojans football team, who have dropped to No. 13 in the national rankings in the AP poll, suffered a 21-14 defeat at Stanford Saturday. USC senior quarterback Matt Barkley threw for 254 passing yards and two interceptions. In brief, Stanford had answers for every USC weapon.

With the loss, USC moved to 2-1 for the year and really hurt their chances at a shot for the national championship. The good thing, however, is that it happened early. Other ranked teams ahead of USC can still lose games; they have difficult schedules ahead, and it will be no easy task.

In order for the Trojans to get back into contention for the national title, they need to win their remaining games, must have their scheduled opponents to win out, and must hope that the squads ranked ahead of them lose at least once.

What do you think will happened?