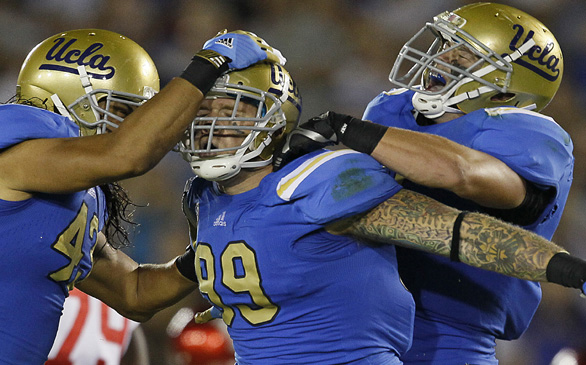 Head coach Jim Mora is on the right track. The UCLA Bruins are now ranked 19th in the AP poll thanks to a dominating 37-6 victory over the visiting Houston Cougars Saturday at the Rose Bowl in Pasadena. The win improved the Bruins to 3-0 and moved them up in the rankings by three spots within a week.

Before the season began, almost no one thought that UCLA would have such a solid start to their first three games. Quarterback Brett Hundley, a true freshman, has been a colossal reason for UCLA's success thus far. Against Houston, Hundley passed for 320 yards and two touchdowns, and the Bruin's defense did their job in stopping the Cougars offensive attack.