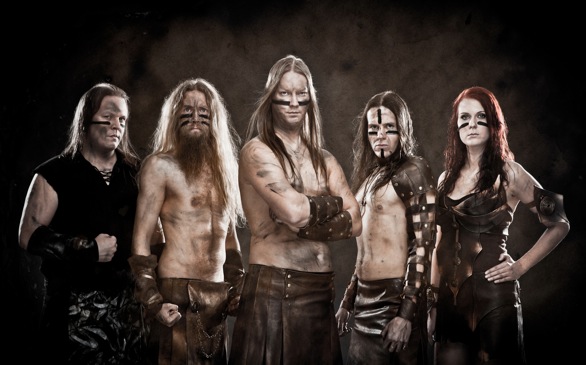 This Finnish folk metal band calls itself Ensiferum, which translates to mean “sword bearing.” That’s a completely apt moniker considering that, like many metal bands from northern Europe, they’re into myths and marauders; you best be wearing your chain mail when they come thundering at you with the pummeling “In My Sword I Trust.” But true to the folk metal description Ensiferum lays down the weaponry now and again and peppers Unsung Heroes with cuts like the acoustic-based and Gypsy-flavored “Burning Leaves” and “Celestial Bond” where keys lady Emmi Silvennoinen takes over lead vocals and coos so angelically that she might turn even the toughest Viking to jelly. Silvennoinen is just one of the band’s singers though, and most of the vocals are growled out by Petri Lindroos or sung “cleanly” by bassist Sami Hinkka. Lots of gentle guitar parts are interspersed with the harder sounds, and there’s orchestration too. This word isn’t applied to metal bands very often, but the music on Unsung Heroes could easily be called charming.