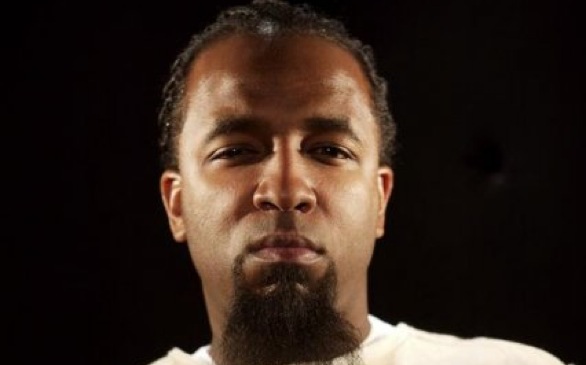 Is Tech N9ne’s music so potent that he dares to only dole it out sparingly? Maybe, but more likely the Kansas City-based rapper just has a lot to say as E.B.A.H. is his second EP to drop this year, and he has another scheduled to release before the holiday season. E.B.A.H. stands for “Evil Brain Angel Heart”, and Tech N9ne tussles with his conscious on the song of the same name, proclaiming in the song’s chorus that he’s evil while spitting rhymes. He compares himself to the great philosopher Socrates, which is amusing considering the song also touches on the topic of how annoying long nose hair is. But that’s typical Tech N9ne. “Earregular” is a rapid fire flow that’s about as weird as the title indicates it would be, complete with female background vocalists cooing like robots. “Rock Yo Head” with the 816 Boyz is the effort’s most catchy song and the near-constant vocal repetition of the song title makes the tune very anthemic. Krizz Kaliko joins Tech for the naughty slow jam “Kjomd”, and JL of B. Hood guests on the angry “A Real 1.” Some consider Tech N9ne a novelty act because of his liberal use of wacky and juvenile humor, but the fact is his rhymes are clever whether they’re serious or not. E.B.A.H. is bound to help swell the ranks of the Technicians (as his fans are called.)