iOS 6 Disappointing, but Worth Downloading 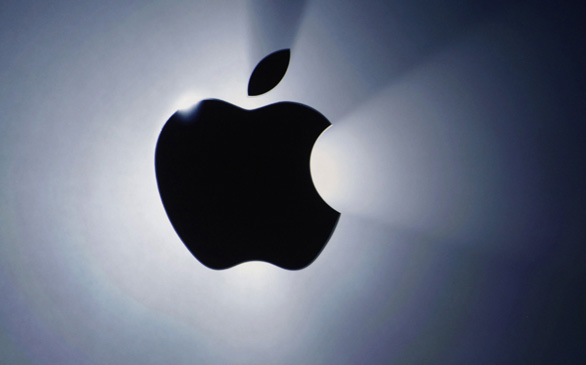 The iPhone 5 isn't the only product Apple is updating this week. On Wednesday it released a new version of iOS, the software that underlies its handheld devices.

On the whole, iOS 6, as Apple has dubbed the update, is worth downloading. It's faster and offers some compelling new features. But be prepare to be frustrated. Some of the new features are incomplete and one - the overhauled Maps application - is buggy and disappointing.

Older iOS devices won't be able to use some of the new features in iOS 6. And two devices that could run iOS 5 can't run iOS 6 at all: the original iPad and the third-generation iPod Touch.

I tried it out on my wife's iPad 2, which came out a year after the original iPad and was eligible for the iOS 6 update. But despite being just a year-and-a-half old, the iPad 2 gets only a portion of the new features available in the operating system. Its version of iOS 6 doesn't allow users to make Facetime calls over the wireless companies' data networks, while the new iPad's version does. Nor does it include Siri, Apple's compelling voice command feature, which just got some cool new tricks, including the ability to launch apps and to find sports scores.

It also lacks features that Apple decided were appropriate for the iPhone or the iPod Touch but not for any iPad. Among those are Passport, Apple's new application that organizes digital loyalty cards and event tickets, and the camera app's new ability to take panoramic photographs.

Those shortcomings aside, there still are plenty of new features in iOS 6 for older devices.

Apple has ditched the Maps application designed by Google, its former close partner turned archrival. In its place, Apple has a Maps application that it designed itself, which includes two neat new features. One is turn-by-turn navigation, a feature that Android has included for years but one that Google never built into its Maps app for iOS. The other is something Apple calls "Flyover," which gives users a three dimensional overhead or birds-eye view of a city or location. The feature allows you to zoom in, around and over buildings in, say, downtown San Francisco, allowing you a sense of what the city actually looks like.

But those new features are matched with some serious drawbacks. Unlike the old version, the new Maps app doesn't include transit directions. Instead, it points users to transit routing applications that they can download from Apple's App Store. Unfortunately, there are no transit apps right now that are compatible with the new Maps app.

The new app also lacks anything comparable to Google's Street View, the street-level photographs of particular buildings and locations. Some people find Street View creepy, but I've found it to be helpful in identifying whether I've arrived at my intended destination.

Worse, the data in the Maps application is spotty and sometimes completely wrong. The app said that the Hay Market restaurant in San Jose's Willow Glen area is actually located in Palo Alto, Calif. It also placed Yuki Sushi, another popular Willow Glen eatery, in Palo Alto, except when I asked it to look in San Jose. Then it found the one in Santa Clara, Calif., instead.

Other new features are less disappointing but similarly incomplete. For example, Apple has added the ability to link iOS devices to Facebook, allowing users to easily update their status from the notifications area, post photos directly from the gallery application and share Web links from the Safari browser. But the feature doesn't allow users to post videos to Facebook from the gallery. Nor has Apple opened up the sharing feature to allow users to add services of their choice. So you can't update your status on LinkedIn from the notifications page or post photos to Flickr from the photo application.

Likewise, Apple has added a neat feature to the Mail application that allows users to insert photographs or videos into a mail message as they are composing it. But users can only insert one photo at a time, and they can't use the feature to attach other kinds of files, like a PDF or a Word document.

One of the grating things about iOS 5 was that it bogged down my wife's iPad 2. Switching apps, moving between home pages, playing songs in iTunes all were inordinately slow or herky-jerky. At times the device seemed nonresponsive. By contrast, iOS 6 appears to be much smoother, faster and responsive.

Users can share their photos with friends and family members via Apple's servers. Owners of recent iOS devices or Mac computers can see the shared photos in their gadget's gallery apps. Users of other devices can see the shared photos in a special Web page. It's a great feature, because unlike posting pictures on Facebook or other social networking sites, photo sharing allows users to easily share photos with only those people they really want to see them.

Another great thing about iOS 6 is that Apple has updated its iTunes and App Store applications and made them quicker. And they allow users to do multitask in ways they couldn't before.

So users can continue to listen to a preview of a song in iTunes even after they have moved on to the page of another song or album. And the App Store no longer kicks users out once they start to download an application. Instead, they can shop for other apps while the download is in progress. That's a feature that Android's had for a long time, and it's nice to see it finally arriving on iOS.