House at the End of the Street 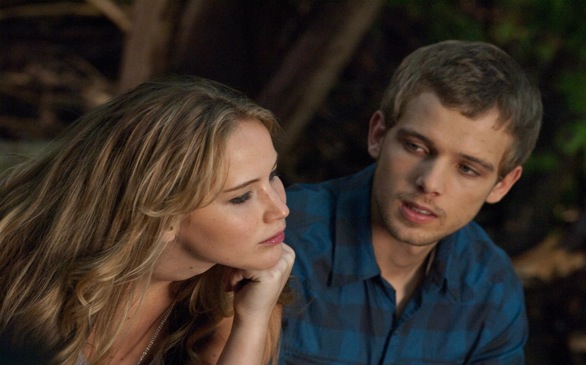 In 2012, it seems that there has been a major lack of thrillers that were actually thrilling. House at the End of the Street is not one of those thrillers. The film, which stars Jennifer Lawrence, will leave you in suspense the entire time. It grabs hold of you from the moment it starts, and it doesn’t let go until the credits roll.

House at the End of the Street tells the story of Elissa and her mother Sarah, who have moved from Chicago to a small town several hours away. They rent a house for quite a bargain, but the reasoning for the low price is a bit disturbing. In the house directly across from theirs, a girl murdered her parents. The girl was never found, and it is revealed that her brother, named Ryan (Max Theriot), still lives there.

Though Sarah doesn’t approve of it, Elissa begins to spend almost all of her time with Ryan, who turns out to be quite a nice guy. Unfortunately for Elissa, the people who live in the small town consider him a freak. But Ryan and Elissa continue to spend time with each other, ignoring the naysayers.

However, the town is hiding a dark secret, and it’s something that could endanger Elissa and everyone she loves.

House at the End of the Street is an incredibly suspenseful roller coaster ride. The twists and turns in this movie are completely unexpected and will leave the viewer in shock. Unfortunately, the script doesn’t exactly leave room for any breakout performances. However, it’s still a film worth seeing if you’ve been looking for a good thriller.

House at the End of the Street is in theaters now.