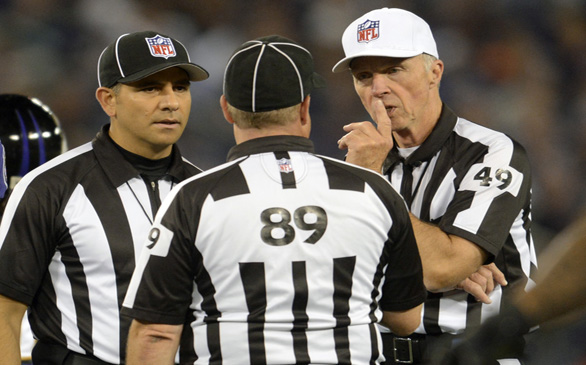 Replacement officials did what they could while officiating games.
(Credit: Doug Kapustin/MCT)

The NFL has reached an agreement with its officials, which would most likely end the current lockout that began in June. Throughout the league, frustration had been growing of late because of the lack of efficiency by the replacement officials. Shortly after midnight on Thursday, the NFL and the officials union announced their tentative agreement on an eight-year contract.

"We are glad to be getting back on the field for this week's games," NFL Referees Association president Scott Green said, according to ESPN.com.

"Our workplace is safer with the return of our professional referees," the NFLPA said in a statement Thursday, according to multiple media outlets. "We welcome our fellow union members back on our field."