Wolg Gang is Knocking Down Barriers 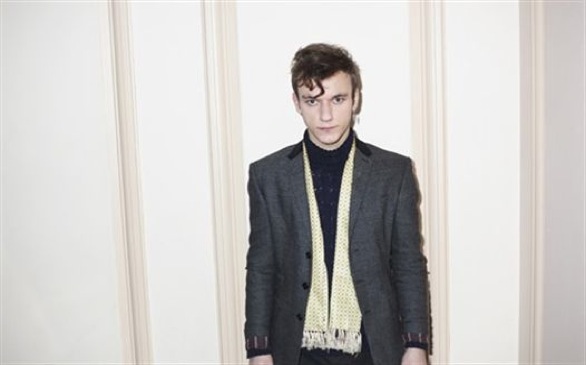 Wolf Gang is set to perform at the Troubadour on Oct. 1.
(Credit: http://wolf-gang.co.uk)

It can be argued that British music journalist Paul Lester can best explain Wolf Gang’s sound. He characterizes the band’s first album, Suego Faults, as “superb songcraft, dexterous musicianship, and florid but not over-fussy production, for a suite of songs about unrequited love and post-apocalyptic paranoia.”

Even Max McElligott, who spearheads the British group, can only say so much when asked about its own music.

“I guess it’s kind of upbeat, melodic, sort of indie pop thing,” he says. “I’m tired of describing my own music actually.”

Perhaps it is easier for an outsider to label a band’s sound. How can one really create and be an unbiased audience to his own creation at the same time? However, at least only an insider can divulge the real, personal influences behind any creation.

McElligott recalls, “My parents had a record collection. I learned a lot of music from there—the ‘60s, ‘70s and ‘80s, like David Bowie and Talking Heads. People like that.”

McElligott was writing songs by himself until it came time to hold auditions and produce a lineup—which consists of Lasse Petersen on drums, Gavin Slater on guitar, James Wood on bass and Jamie Jones on keyboard-- that would stay intact years later. Wolf Gang, as it is today, has been creating music and touring the world together since 2009. It may sound short, but for a band that emerged in this social media generation, that is a big deal.

“It’s changed everything, the Internet,” says McElligott. “Now there’s Facebook and Twitter. There’s a lot more music now out there; there’s more accessibility to music and it’s therefore harder to kind of get noticed as a band because you’re competing against thousands and thousands of all sorts of musicians.”

Since its formation, the band has performed all over Europe, Australia and America. Just recently, they finished a tour with Coldplay.

“It was huge,” muses McElligott. “I think they’re a great band. Very incredible songs.” He adds, “You know, [there were] thousands and thousands of people. The crowd got really into it in a way that I haven’t seen in the past...It was kind of a euphoria racing around the arena.”

Euphoria racing around one’s ears can also describe Wolf Gang’s music. In “Breaks in Paris,” McElligott belts out forlorn lyrics like  “what’s a little distance in between” set against springy and sanguine beats, creating an odd listening experience of two simultaneous, opposite sentiments—all of this in the span of a two-minute track.

With the explosion of contrasting instrumentals and earnest words, Wolf Gang’s sound and the vocalist’s upbringing—his father (a traveling historian) took his family with him from Detroit to Scotland, and his mother (a violinist) played with an orchestra—become evident.

However they do manage to keep it all pleasing to modern ears, ears that they closely hold a grip on.

“We’ve got Twitter and [we’re on] YouTube and all the rest of it,” says McElligott. “It’s just nice, actually, to be able to stay in touch with people from all of the world.”

McElligott says what Wolf Gang does best, not only with fans but with its music as well, is “knocking down barriers.”

Wolf Gang will perform at the Troubadour on Oct. 1.