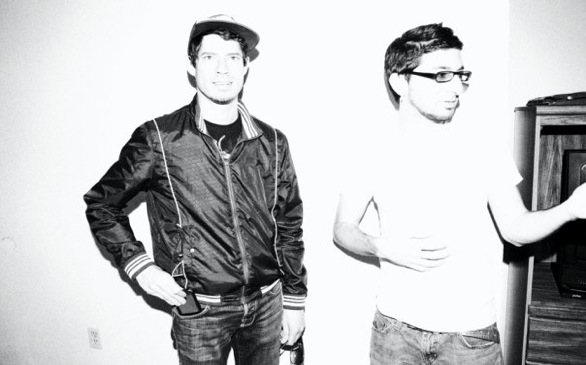 Five years ago, Dominic Lalli didn’t know what he should do.

Having bonded with The Motet while completing his master’s degree at the prestigious Manhattan School of Music, he moved west to Colorado so he could join the established funk ensemble full time.

For the Las Vegas native who was born into a family of musicians, it marked the next chapter of his life after spending several years in New York City’s illustrious jazz scene playing saxophone alongside bassist Joel DiBartolo and drummer Frank Rosaly.

But when Motet bandleader Dave Watts decided to put the band on pause to start a family, it left the door open for Lalli to make his own music — and his real dream come true.

At the time, an electronic revolution was just beginning to germinate in Colorado, where homegrown producers like Pretty Lights, Michal Menert and Paul Basic were experimenting with a new style of dance music that combines melodies of jazz, funk and soul with big, bouncy hip-hop beats.

Like many of his friends, Lalli was interested in Colorado’s burgeoning electronic scene, but he wasn’t sure if he wanted to join the movement.

After enough pushing and prodding from his friends, Lalli eventually purchased his new instrument: a desktop computer.

Learning how to make beats using software programs such as Ableton Live and Reason with the help of Alex Botwin, who also operates under the “Paper Diamond” moniker, Lalli’s production skills have grown leaps and bounds from Big Gigantic’s debut album, Fire It Up, to its latest studio effort, Nocturnal.

Still, what makes Big Gigantic so unique is the heavy dose of improvisation between Lalli and drummer Jeremy Salken that few other electronic acts can replicate.

“It makes the whole thing breathe,” Lalli says. “The way we phrase over and with the music, we can go in a lot of different directions.”

Fusing jazzy saxophone grooves with deep bass lines and heavy-hitting beats, Big Gigantic’s sound is in a league of its own.

And as former roommates, Lalli and Salken share a special bond that has migrated from the living room to the stage and continued to blossom since then.

“I have such good communication with Jeremy at this point that I can just improvise on what our main goal of the night is,” Lalli explains. “We’re definitely still learning how to connect with each other and make the whole thing move a little bit more, but the dialogue back and forth between him and me is what makes this so special.”

After all, it wasn’t that long ago that the Boulder-based duo was playing in front of a capacity crowd at Red Rocks Amphitheatre as an opener for livetronica giant Sound Tribe Sector 9.

Three years later, and Big Gigantic has already sold out its own headlining show at the world-renowned venue.

“It’s always been a thriving spot for music,” Lalli says of Colorado. “We’re just super blessed to be part of this community. We get so much love and support.”

That love and support fans are showering Big Gigantic with these days is not just coming out of its home state, though. With an ambitious touring schedule and appearances at some of the country’s biggest music festivals this past summer, its audience now stretches from coast to coast.

“I can’t even believe it,” Lalli admits.

Lately, it hasn’t left much time for Lalli to work at home, so he’s learned how to write and produce new material while on the road.

Those are his plans for Big Gigantic’s next LP, which it expects to release in early 2013 after a U.S. fall tour that includes a stop in Los Angeles at the House of Blues on Oct. 5.

“Nocturnal is definitely the best representation of what I’ve always had in my head,” Lalli says. “I’m trying to go for an extension of that, but emotionally, sonically and melodically I’m going to try to make something fresh. It’s time to make a really fresh, new sound.”

With the amount of competition in today’s music industry, that’s certainly no easy task for Lalli and Salken.

Yet ever since its inception, Big Gigantic has managed to carve out its own path with a rare brand of “jazztronica.”

So at this rate, it may be only a matter of time before Big Gigantic one day becomes “Huge Gigantic.”

Big Gigantic will be at the House of Blues on Friday, Oct. 5.