Aerosmith: Music from Another Dimension! 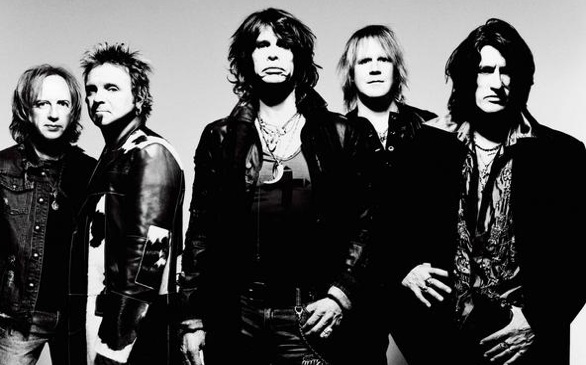 Many thought “American Idol” was the end of them; it wasn’t.

In a recent interview with Campus Circle, bassist Tom Hamilton remarked on the bands sense of purpose and urgency with this album.

“I think everybody really wanted to make a statement,” he said. “[This] could be our last record.”

The band’s excitement is palpable as they anticipate the release of Music from Another Dimension! A sonic reminder of the sound that they had developed some 40 years ago, this newest release is classic Aerosmith. Loaded with plenty of in your face rocking as well as a few new sing-along ballads, the album is indicative of a band that seems to have found itself again.

“We wanted to do something that was true to our distant history,” Hamilton said of the record’s sound.

In many respects, Music from Another Dimension! is a successful rendition of that old sound Aerosmith became known for. With a casual aggression that is as bouncy as it is heavy, several tracks on this new record sound remarkably close to such classics as “Walk This Way” or even “Sweet Emotion.”

“It’s going to be as exciting for you guys to hear it, as it is for me right now,” said vocalist Steven Tyler, ecstatic about the release of this album.

For fans of Aerosmith, the record is most definitely something to be excited about. Late career releases are often hit or miss depending on how a band evolves throughout the course of its career. Aerosmith, in this case, has truly done themselves justice with a record that is a little bit old, a little bit new and a whole lot of rock.