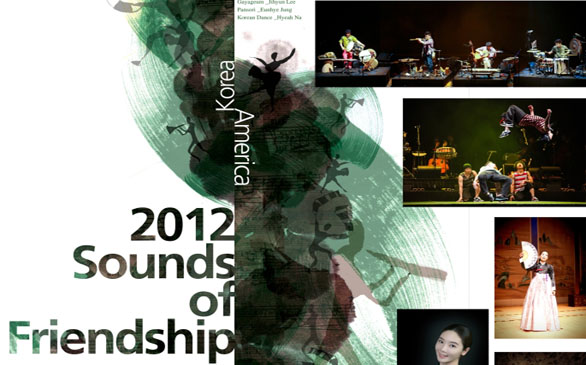 Imagine having an event filled with dance, music and culture. Imagine the unique experience happening in Los Angeles. Imagine it no more.

"This year marks the 130th anniversary of friendship between the Republic of Korean and the United States of America," said Youngsan Kim, Director of KCCLA. "It is also the year when the Korea-US Free Trade Agreement took effect. In this significant year, I am very pleased that a fine performance to promote Korean culture is being staged here in the great American city of Los Angeles, the City of Angels."

This much-awaited performance will take place at the Wilshire Ebell Theatre on Oct. 9 at 7:30 p.m. Interestingly enough, it is a free event and anyone can attend it (tickets are attainable through KCCLA).

"This event is being staged in celebration of the long-standing friendship between our two countries," Kim said. "Importantly, Los Angeles is the city with the largest population of Korean Americans and Korean residents in the United States. I am hoping and looking forward to a full house event."

This exciting new production is the latest in KCCLA’s series of critically acclaimed shows, which has formulated wonders in the past that include the sold-out Sachoom in September.

"We will always continue to plan events that will showcase the best Korean talent," Kim said. "Our mission is to promote richness of Korean culture to American people; we want Americans to experience the new trends of Korea of blending modern and contemporary in all forms of art."

Sounds of Friendship figures to be a night to remember for the ages to come. The attending public will experience the “hallyu” (Korean wave) of rhythm and passion of Korea. It's expected to be a highly-popular show, one that will have tickets go by extremely fast.

"The program to be presented includes traditional classical music deeply rooted in Korean culture as well as fusion music-a form of traditional Korean music reinterpreted by contemporary artists," said Kim. "Also on the repertoire are dynamic B-boy dances that dramatize the stories of young people today. The artistic genres presented today encompass important ingredients of Hallyu or the Korean Wave."

Kim, who leads by example at KCCLA, is hopeful that people attend the piece for their own enjoyment.

"Besides the fact this event is free, we are hoping that people who would like to experience something new, unique, dynamic, and entertaining in their lives will be fulfilled by this eclectic group of performers," he said. "We assure everyone that this event will be extraordinary and unforgettable."

For more information on Sounds of Friendship, click here.