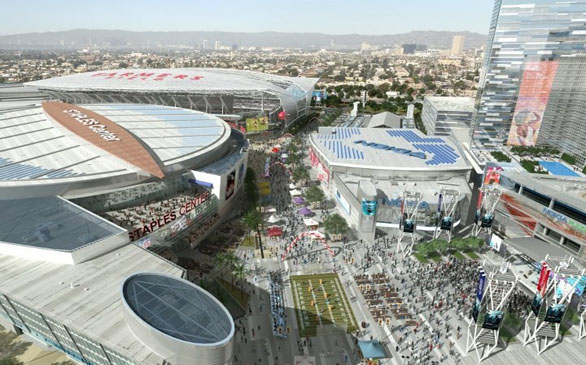 Farmers Field is expected to look like this.
(Credit: Courtesy of AEG)

The Farmers Field agreement has been officially signed. This comes five days after the Los Angeles city council unanimously approved plans to build it. Los Angeles mayor Antonio Villaraigosa, councilmember Jan Perry, and AEG president and CEO Tim Leiweke signed the implementation agreement on Wednesday, October 3. The proposed $1.5 billion football stadium in downtown will be connected to an expanded Los Angeles Convention Center, according to reports.

How closer is the NFL from being back in L.A.?