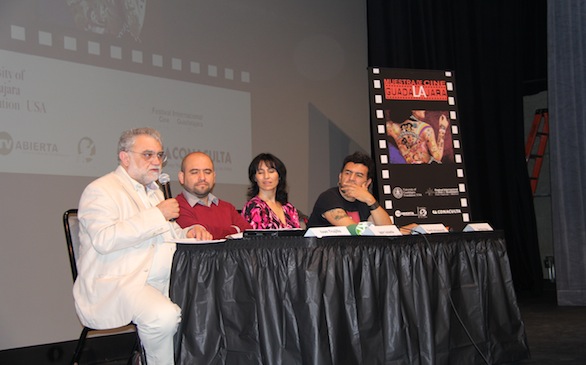 The film industry continues to grow. However, as it grows, it also keeps changing while adding certain pieces never witnessed before - at least that's the case in Los Angeles.

From October 12-14 at the AMC Theatres within Universal CityWalk, the University of Guadalajara Foundation, USA and the Guadalajara International Film Festival (FICG) are scheduled to present "Muestra de Cine GuadaLAjara."

These festivities aim to promote Latin culture within Los Angeles, a city populated by an immensely diverse amount of Latin American people. The majority of the films that will be showcased are rare to the community in L.A., as well as the remaining areas within the U.S.

Both entities have selected a wide variety of FICG's award winning films to screen for the public. All the movie showings are free, but an RSVP is required for entry.

According to a prepared statement, "The University of Guadalajara Foundation in the United States of America (UDG Foundation-USA) is an extension of Fundación Universidad de Guadalajara, A.C. and is made up of a number of prominent academic and social leaders." Additionally, this foundation works to attain private support from individuals, foundations and/or corporations in order to fulfill the mission and vision of the University of Guadalajara in Los Angeles.

Furthermore, "The Guadalajara International Film Festival (FICG) is one of the largest and most important cinematic events in Latin America, and is held each year during the month of March."