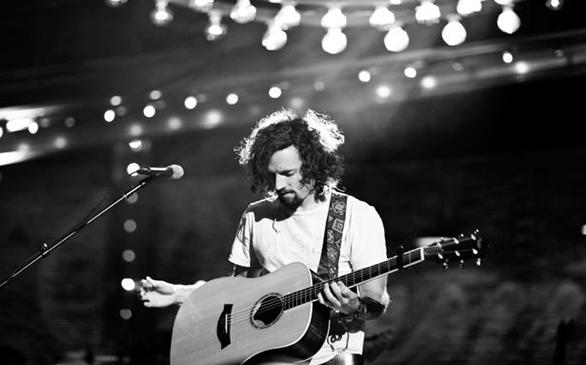 A much beloved music figure, American singer-songwriter Jason Mraz continues to grow as a musician. Mraz delivered a memorable show in a sold out Hollywood Bowl Friday night.

Before Mraz hit the stage, American singer-songwriter Christina Perri provided a very entertaining opening act. Perri, who is 26 years old, is known for her skills on the piano and the blends of pop, soul and alternative rock instilled within her tunes. She performed many of the songs that made her into the singer she currently is, including the popular "Jar of Hearts."

Despite Perri's brilliant segment, Mraz took over once he and his band showed their faces to the eager fans. From beginning to end, Mraz could not stop singing with intense emotion, power and energetic character. He danced, told jokes and anecdotes as he performed.

Mraz had a full band at hand, featuring drums, percussion, bass, electric and acoustic guitars, cello and trumpets. His displays of “Remedy (I Won’t Worry),” “You & I Both” and “Curbside Prophet” were indeed musically rich during the live set.

When the four-time Grammy nominee Mraz sang "I'm Yours," the audience went completely ballistic - in a good way, though. With cheers and loud claps, Mraz went on to give a long version of his tune, which is filled with pop rock, reggae and folk rhythms.

Born and raised in Virginia, Mraz carries five albums under his belt that include this year's release of Love Is a Four Letter Word, which sports 13 total melodies. He wrote or co-wrote 12 of them, including "The World As I See It" and "I Won't Give Up." The record received positive reviews from critics and a solid receptions of fans.

More or less, Perri and Mraz depict the American Dream story because both worked hard for what they currently have as musicians: great music. They are living their dreams, and both are sure leaving a memorable mark within the industry.