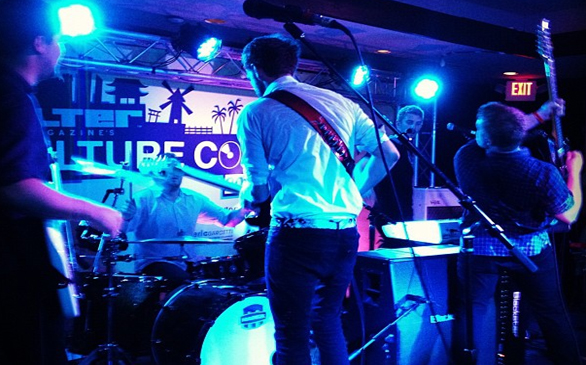 For many individuals within the greater Los Angeles area, the 3rd Annual Culture Collide Festival offered a thrilling spectacle filled with some of the most unique music performers all over the world. A total of 62 bands from 25 different countries performed.

It featured music, art, film and more, including a Block Party on Sunday.

The festivities began Thursday evening with the opening performance by Germany's Touchy Mob at Origami in Echo Park and finished Sunday night when Dutch group Go Back To The Zoo closed at TAIX French Restaurant's Champagne Room.

Thursday's line-up had many solid music acts, but America's own Colorfeels surely granted an entertaining set at TAIX. Friday featured more of the same, including displays by Moss, The Moog, Annie Stela, Magic Wands, The Balconies, School of Seven Bells, Immanu El and HUDDLE.

On Saturday, the fans experienced some of the main acts of this much-awaited festival, which was brought by FILTER magazine. Everyone could not stop talking about American act Of Montreal, who performed Saturday night at the Echoplex. Of Montreal, originally from Georgia, fuse many genres and rhythms, including Indie pop, indie rock, neo-psychedelia and dance-punk, among others.

Despite Saturday's electrifying acts, Sunday's Block Pary was what people truly enjoyed the most. Of Montreal performed yet again, while the U.K.'s The Wombats and Morning Parade prompted musical extravaganzas on stage.

This year's Culture Collide Festival proved to be even better than the two prior events. Can fall of 2013 be here already?