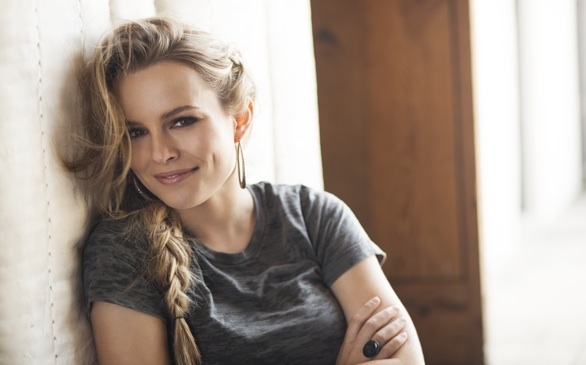 At 8 years old, you could say a move to California changed everything for Bridgit Mendler. She didn’t come straight to Hollywood, but the shift from Washington, D.C. to San Francisco helped her eventually jumpstart an acting career in Los Angeles.

That journey led her to star is Disney’s “Good Luck Charlie” as well as make guest appearances in shows like “House.” Her acting resume grew, and while she showed off her musical talent on Lemonade Mouth, she didn’t focus on music. That is, until now.

Mendler released her single “Ready or Not” in anticipation of her upcoming album Hello My Name Is... On this album, she not only shows off her vocal range but also her passion for songwriting.

“I’ve written songs for the past few years now, kind of hoping to get better at it and maybe write an album. And so it was something I kept in the back of my mind,” Mendler said. “Eventually I decided to get a music manager and get my music out there.”

Between seasons two and three of “Good Luck Charlie,” Mendler focused on material for the album so she didn’t have to give up acting in order to pursue her music career.

“Co-writing was so much fun,” she said. “I love writing with other people, and I got to meet a lot of cool, different characters through the writing process…it’s so much fun because you wind up thinking of things you wouldn’t otherwise, and it inspires you to challenge yourself and your style to be more original.”

Mendler’s love for writing came even before working on her album.

“I've always loved music; it’s always something I’ve been passionate about,” she said. “My freshman year of high school was around the time I started caring about songwriting. I started branching out and listening to different styles of music around that time.”

She added, “I started listening to a bunch of different artists, and that’s what got me into different songwriters and learning about their style.”

The tracks on Hello My Name Is… offer listeners a variety of styles, and while they all center on themes such as love, each presents a different twist.

“I loved writing all of them, but I think my favorite song to write was probably ‘Forgot to Laugh’ because it was a sassy song," said Mendler.

Mendler refers here to the saucy, honest song that talks about her and a boy and how leaving would cost him, not her.

It’s a refreshing way to look at a not-so-perfect relationship and even more surprising coming from someone as young as Mendler, who will soon start her college career at USC. She shows an excitement at attending the school and leans towards majoring in liberal arts or art history. But she mostly looks forward to just learning.

Mendler also looks forward to bringing her personality and love of music into the current scene.

“I'm very excited. I love making music, and its something that's really important to me,” she said. “I’m looking forward to being able to share that side of my personality with people and hopefully be able to go grow closer to my fans and expand and just be able to share my voice with people. That’s the exciting thing about music – it’s so much of yourself."