Bassnectar Gets Ready to Blow Up in L.A. 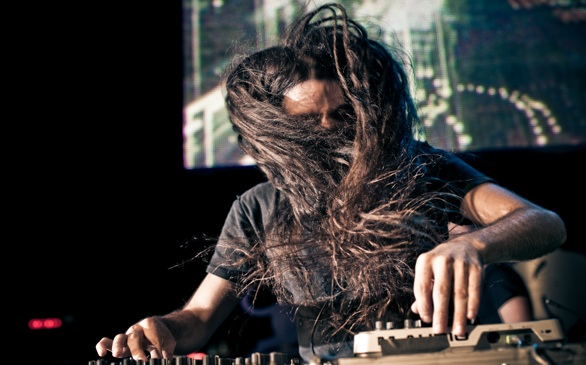 Lorin Ashton, better known by some as Bassnectar, has been a pioneer in the electronic music scene for over the last decade. With nine albums and countless other studio releases, the 33-year-old DJ and producer will drop his new Freestyle EP on Oct. 16. In the meantime, he’s back on the road for a fall tour with Gramatik & Gladkill, which includes 32 dates across North America.

Campus Circle caught up with Ashton to discuss the evolution of his career, the future of electronic music and his upcoming show in L.A. at the historic Hollywood Palladium on Oct. 18.

CC: You have expressed an interest in all types of music but were particularly a fan of Metallica, Megadeth and Nirvana growing up as a kid. How did heavy metal and grunge rock influence your approach to making music at the onset of your career, and how does it play a role in your work today?

B: Those were just my earliest influences, and I think influences are a massive part of every human being, especially a creative human being. So I am an amalgamation of all the influences I have experienced over the years, and those were the first -- especially Metallica and Nirvana when I was 12 or 13. That really grabbed me by the throat and made me freak out. After that, it was an avalanche of more and more influences building up as time went forward. Metallica isn’t what has primarily influenced me; it’s just what really grabbed me, freaked me out and made me pop first. And now I’m acquiring new influences every day in the world around me.

CC: What have been some of your more recent influences?

B: What I’m really into lately is remixing myself and going back to ideas and sounds I had in the late 1990s and early 2000s, which were really ahead of their time but lacked some production skills. I wanted to revamp those ideas and revamp the ideas of others from that time because I’ve been a really active record collector for many years. There’s also a lot about the late ’90s — both in terms of where rock, metal, hip-hop and of course electronic music were and with the information age being such an onslaught of new, new, new and the next, the next, the next — that gets passed over and forgotten about prematurely. I wanted to go back and rediscover gems that still have life in them and combine them with new concepts.

CC: You have been touring constantly, whether it’s been domestically or internationally, since 2005. What have you learned about your live show in that time, and how do you keep fans eagerly coming back for more?

B: It’s the same when I was a teenager putting on Battle of the Bands for punk rock fans and death metal fanatics. I get to do what I love and project it constantly. It comes at a cost of a personal life, which is a sacrifice I make very zealously. It just happens naturally. I work all the time, seven days a week. I love what I do, and out of the fortune of being able to create something, broadcast it and have instantaneous feedback, that was really inspiring. I’m constantly trying to bring new ideas into the mix or reinvent old ideas because the shows are getting more and more crazy by the week. It’s fun for me to develop sounds that I can play and reinvent live, and it’s a perfect feedback loop.

CC: The last time you came to Los Angeles, you played at the Palladium. You’ll be headlining a show there again on Oct. 18 during your fall tour. Is that your venue of choice in L.A.?

B: I don’t have a venue of choice in L.A. I really enjoyed The Wiltern show that we did in 2010. It was incredible. We literally almost destroyed the balcony when I played “Bass Head.” They were evacuating below it because people were jumping so hard. The Palladium was amazing last year as well. There are a lot of places I look forward to playing in L.A., but there are also a lot of festivals that have navigated my touring career from Coachella to HARD to even Electronic Daisy Carnival in Las Vegas. But the Palladium was the perfect size venue for the experience I was trying to create — the perfect goldilocks freak out.

CC: For fans in Los Angeles who haven’t seen you perform since releasing your latest album, Vava Voom, what can they expect this time around?

Bassnectar will perform at the Hollywood Palladium on Oct. 18.