The Maldives: Muscle for the Wing 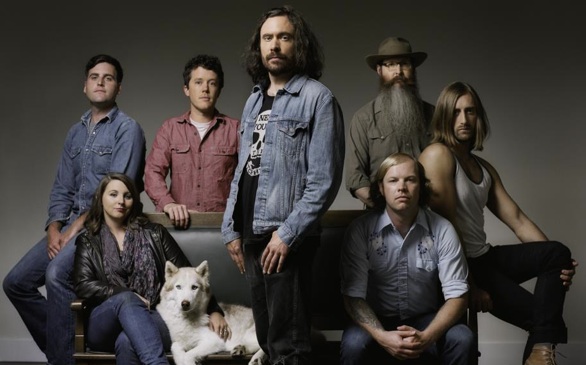 Seattle-based, roots rockers The Maldives are ironically named. While the Indian Ocean area the group is titled after is a sunny, warm location, on their sophomore release, Muscle for the Wing, the band performs frequently overcast songs about road accidents (disturbing, banjo-speckled “Blood on the Highway”), attempts to escape personal oblivion (slowly searing soliloquy “Go Back to Virginia”) and women with few options (the Band-esque “Sallie Mae”). Jason Dodson has a knack for detail-delineated, character sketches and life’s big and little miseries, but some tunes don’t rise to the occasion, which keeps Muscle for the Wing from being the contemporary country rock classic it could be. The title track, for example, starts out promising, but generalities slide in and the cut becomes repetitive and goes nowhere. However, for those who want some urban twang and no-frills rock (think Shearwater, Great Lake Swimmers or Pinetop Seven), The Maldives deliver music best experienced with a cold beer and a whiskey chaser.

Muscle for the Wing is now available.