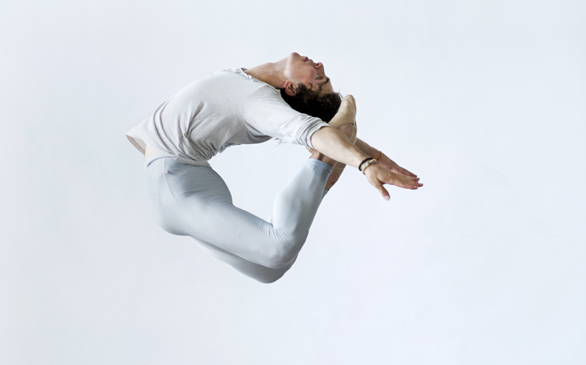 The city of Los Angeles keeps growing when it comes to the arts and entertainment, particularly ballet. More and more of these theatrical dance pieces keep making their way to this diverse area.

Such is the case with an upcoming ballet, a set that 21-year-old dancer Dylan Tedaldi is a part of. Tedaldi, born and raised in Boston, is happy to tour and perform in L.A.

“This will be my first time performing in L.A,” he said. “I’m so excited. Going on tour it’s just incredible because you’re just sharing your work. For me, it’s very exciting.”

At the age of seven, Tedaldi began taking hip-hop classes. But it wasn’t until his current teacher at the time advised him to take ballet lessons if he was truly interested and serious about dancing.

“I started taking ballet classes when I was nine,” he said. “I took ballet all through my childhood.”

Tedaldi went on to train at Boston Ballet School and The Hamburg Ballet Schule. In 2009, he became a YOU dance Apprentice before joining his current entity, The National Ballet of Canada, in 2010.

The company's Artistic Director Karen Kain, along with others, watched Tedaldi perform during one of his classes in Germany at The Hamburg Ballet Schule. “I was offered an apprenticeship with the company,” he said. “That’s how I ended up in Toronto. Karen is really wonderful to work for. She’s focused on improving the general level of the company.”

Over the years, Tedaldi has danced lead roles in “Theme and Variations” and “Mozartiana,” while also appearing in “The Sleeping Beauty,” “Swan Lake,” “The Nutcracker,” “West Side Story Suite,” and “Russian Seasons,” among others.

"The feeling of satisfaction after you have a really good performance and you hear the audience applauding. You feel like you've done a very good job giving all of yourself to the performance,” he said. “That’s been the most rewarding thing for me while in ballet.”

“Alice’s Adventures in Wonderland” is a unique production from The National Ballet of Canada. The plot details Alice’s adventures in a world full of wonders. Down the rabbit hole, Alice experiences encounters with multiple living creatures that include the Queen of Hearts, dancing playing cards, and tap-dancing Mad Hatter – to name a few.

“Everything really is over the top,” Tedaldi mentioned.

Above the ballet’s dark side (a nightmarish kitchen, an eerily disembodied Cheshire Cat and an unhinged tea party), which has a tendency to entertain and please beyond what’s typically expected, the love story between Alice and the Knave of Hearts is not left behind. With music, dancing and acting, “Alice’s Adventures in Wonderland” could very well be a big attraction for L.A. since it’s something not seen before.

“It’s very unique because it’s not your typical, classical ballet,” Tedaldi said. “The choreography is a bit more contemporary, so you can really see people’s bodies move in a different way.”

While performing live with an orchestra, it carries music by British composer Joby Talbot and choreography from Christopher Wheeldon. “The music is beautiful and it’s contemporary, as well.”

Moreover, it’s scheduled to feature 70 dancers. “It’s good to connect with all those involved in the company,” Tedaldi said, adding that the chemistry while on stage is important. “It puts me at ease when I’m performing. I’m not performing alone. I’m part of a larger group.”

The sets and costumes are by Bob Crowley and the projections by both Jon Driscoll and Gemma Carrington.

“The sets and costumes are so amazing,” Tedaldi said. “To me, it feels like almost watching a movie. The use of projections on the set gives it a modern feel.”

Wheeldon is an English internationally acclaimed choreographer who has earned numerous awards, among other recognitions, for his works. His efforts and dedication in premiering this full-length ballet at the Royal Ballet, Covent Garden received positive feedback.

“It was really great to work with [Wheeldon],” Tedaldi said. “He was very specific with the details and how we should about portraying each character because each character has a huge personality. He’s also a really funny person. He made us work really hard but at the same time, his sense of humor allowed us to relax and enjoy the ballet for what it is.”

Talbot, on the other hand, carries significant experience with classical and concert works. Both appear to be more than ideal for this ballet, which is making its debut. Talbot’s score will combine sweeping melodies, which gesture to ballet scores of the 19th century, with contemporary effects; it’s considered fresh and relatively new.

“It’s really incredible,” Tedaldi said. “People have to see it in order to see how amazing it really is.”