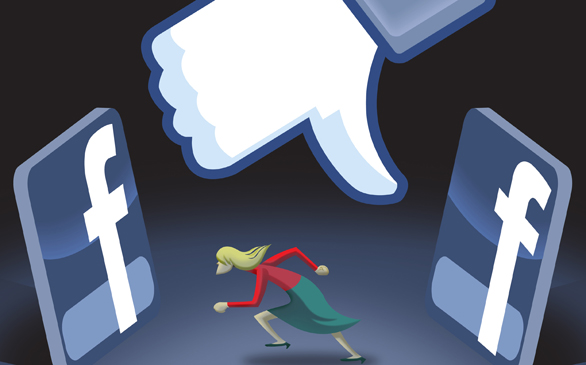 What happens when the most personal secrets get outed on Facebook? Twenty-two-year-old college student Taylor McCormick was outed after he was added to a Facebook group that automatically informed friends he had joined a choir, Queer Chorus, at the University of Texas, Austin. So was the case with Bobbi Duncan, who did not want her father to know she is a lesbian.

Her father found out, however, after the president of Queer Chorus inadvertently exposed her sexuality to her friends on Facebook, including her dad. Duncan's dad called her and left messages demanding her to renounce same-sex relationships.

Duncan cried all night on a friend's couch. "I felt like someone had hit me in the stomach with a bat," she says, according to a report by The Wall Street Journal.

Blog
Geeks are the new overlords. Great. Now can we get over ourselves?
1,449 views