Zeds Dead Ready to Take Over Day of the Dead 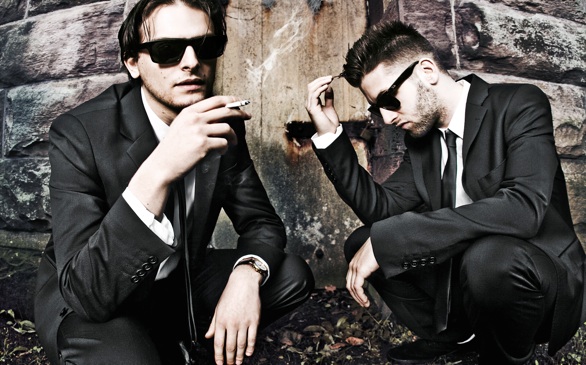 Zeds Dead's DC and Hooks will be performing at HARD's Day of the Dead in November.
(Credit: Jose Govea)

Ravers and bass music fans in Los Angeles should be excited about Zeds Dead’s return to town when it joins the likes of Justice, Knife Party and Major Lazer at HARD’s Day of the Dead on Nov. 3.

“Every time I go to L.A., it’s a good time,” said Dylan “DC” Mamid, who makes up half of the Toronto electronic music duo. “California is pretty kickass for shows and support.”

Day of the Dead, which will feature almost 30 acts and four stages spread across Los Angeles State Historic Park, is sure to draw another huge crowd after more than 50,000 people attended HARD Summer’s first-ever two-day format in August.

In the meantime, as part of the festival’s mixtape series, Zeds Dead has released one that includes tracks from Feed Me, Kill the Noise and Amon Tobin.

DC and Zackary “Hooks” Rapp-Rovan have already produced three EPs this year, all on different record labels (Inspected Records, Mad Decent and Ultra Records). That’s not something you often see from DJs these days, but Zeds Dead felt it was the right thing to do.

“We just wanted to target different audiences and spread our sound around,” explained DC. “Whatever sound we were making, we wanted to release it with the label that we felt was appropriate.”

“He always inspired us to work with him and we always inspired him to write with us, so we planned on collaborating for a while,” DC said of Linx. “It’s another dimension. I think he complements what we do nicely.”

In the spring, Linx joined Zeds Dead on the road for more than 70 dates throughout the U.S. and Canada in support of The Diving Lead, with one of them including a spectacular performance at Coachella.

But Linx isn’t about to become a permanent member of Zeds Dead, and he certainly isn’t the only rapper DC and Hooks plan to work with in the future.

“We still have our own things going on,” said DC.

Now as it tours Europe and the U.S. this fall, Zeds Dead hopes to collaborate with mainstream emcees like Busta Rhymes and Redman in addition to a host of singers.

“We just make what excites us,” said DC. “There are a lot more collaborations that are realistic these days.”

Still, making it big in today’s music industry can often mean embracing change. For many artists, it’s not about where they’ve been — but where they’re headed. When it comes to Zeds Dead, the road to success hasn’t always been crystal clear.

Teaming up more than eight years ago, DC and Hooks had their sights set on becoming primarily hip-hop producers.

Two years after releasing their debut album, Fresh Beetz (as Mass Productions), they decided to explore other artistic avenues.

Influenced by the rise of electronic music over the last five years, DC and Hooks began experimenting with popular subgenres such as electro house, glitch and dubstep.

Meshing those sounds with their hip-hop roots, it prompted the duo to launch a new project in 2009 under the Zeds Dead alias. And it didn’t take long for people to notice.

A little more than a year later, Zeds Dead and The Killabits had founded their own weekly party, “Bassmentality,” at 751 in Toronto and were inviting some of the top international acts to perform with them.

Since then, DC and Hooks have only continued to grow their sound and subsequently build their fan base.

“It’s come to a point where we’re combining everything,” said DC. “We connect with hip-hop a lot, but we’re doing hip-hop with all the other influences we’ve taken from everything else.”

HARD Day of the Dead takes place on Nov. 3 at L.A. Historic Park in downtown.