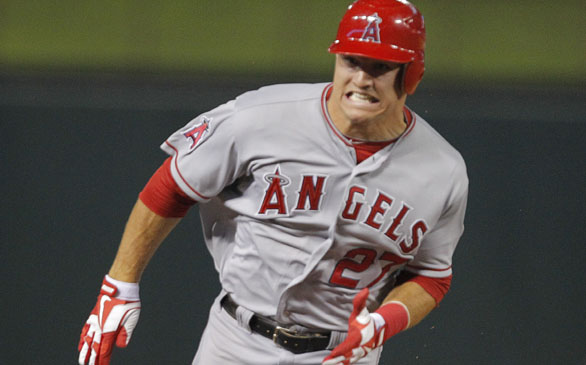 Mike Trout has been named Player and Rookie of the Year by Baseball America.
(Credit: Rodger Mallison/Fort Worth Star-Telegram/MCT)

Baseball America has named Mike Trout its Player and Rookie of the Year for the 2012 season, the Angels announced today. He earns both awards in impressive fashion after producing one of the best seasons ever by a player in baseball. Trout, who is just 21 years of age, finished second in the AL in batting average (.326), first in steals (49) and runs (129), third in on-base percentage (.399) and third in slugging percentage (.564). Additionally, he robbed four home runs  and ranked fifth in MLB with 23 runs saved.