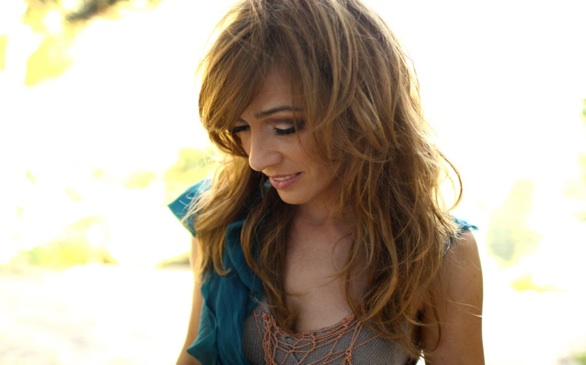 Kyler England gave a hearty laugh as she went back to a time when she was on a music tour, fell sick and had to make a flight to go to the next city.  England admitted that all along the drive to the airport in Minneapolis, as she was trying not to fall asleep and get sicker, she was thinking to herself: “Why am I doing this?” With that kind of question, you might think that England was close to throwing in the towel.

However, if she did, England would not be where she is today.

So how did England go from feeling figuratively (and literally) as if she was going to die to this successful phase in her career? Let’s go back in time.

Growing up, England always had an affinity for music.  She grew up admiring the sounds of music artists such as singer Sarah McLachlan and rock band Coldplay. However, in college at North Carolina State University, England did not study music; she was (surprisingly) a chemistry major.

It wasn’t until she finished her freshman year that a fateful turn of events destructed England’s path towards a career in the corporate world.

“After my first year in college, I spent the summer interning for a corporate company, which was miserable,” explained England. “And at the same time, my boyfriend dumped me.”

Now England can laugh about her awful summer, and she claimed it was then when she reached a personal turning point and finally became truly satisfied with where her life was going.

“I had a big reality check,” she said. “I needed to figure out what makes me happy.”

And it turned out that music actually made her happy. England has used that experience as material for some of her songwriting, and she can trace it all the way back to the summer before her sophomore year.

England either co-writes or writes all of her music in addition to playing multiple instruments (acoustic guitar, ukulele, bass, piano and keyboard synthesizer. Needless to say, she does have talent).  I asked England to characterize her music’s sound for Campus Circle.

“I do a combination of organic pop-rock and have started working with DJs to bring in electronic instruments,” she said. “This has created a cool little world for my voice.”

If you listen to England’s music, it should sound familiar -- especially if you’re a TV buff. Many of her songs have been featured on popular TV shows like “The Vampire Diaries,” “Grey’s Anatomy,” “The Real World,” “One Tree Hill” and the film The Lucky Ones.

She’s also a part of the band The Rescues with Rob Giles, Adrianne Gonzalez and Gabriel Man.  The Rescues has also had music featured on popular TV shows, and its songs have won multiple songwriting contests. The band even made it so far to getting signed to Universal Republic…until the honeymoon ended.

“We had a cliché experience with the label,” said England.  “They were nice people, but they kind of pulled the plug on our single before it had a chance.”

Unfortunately, this is a reality that many musicians face: You finally get signed to a label, and you’re dropped without a fair chance to show the world what you’ve got.

But music history has many success stories where artists who’ve been dropped go on to do bigger and better things either solo or with a different label.  Right now, England is learning from this disappointing situation and taking an alternative route.

“I’m no longer looking for a record deal,” she said.  “[I] spent a lot of time wanting it, got it and realized I’m better off not signed.”

In addition to working with DJs to add something different to her sound, England is working with music producer Bill Lefler, who has worked with indie music darling Ingrid Michaelson, Gym Class Heroes, Dashboard Confessional and more.

“The exciting thing about Bill [Lefler] is that he gets inside the project and helps you get your vision, which is not something that many producers do,” England said.

Now, let’s go back to the Minneapolis episode where England is trying to get from one tour arena to another and is horribly sick.

“I kept on thinking: ‘Why am I doing this?’” she said. “But despite that, I look back at that time as a sign that I was never going to quit music no matter how sick I became…no matter the obstacles.”

England’s story is an inspirational one that many can relate or draw strength from: Follow your heart, work hard and bounce back from disappointment.  If you do, dreams can really come true.  I mean, how many unsigned artists can say that they opened up for Sting, Annie Lennox and have songs featured on popular TV shows?

England can. Welcome to her cool little world.