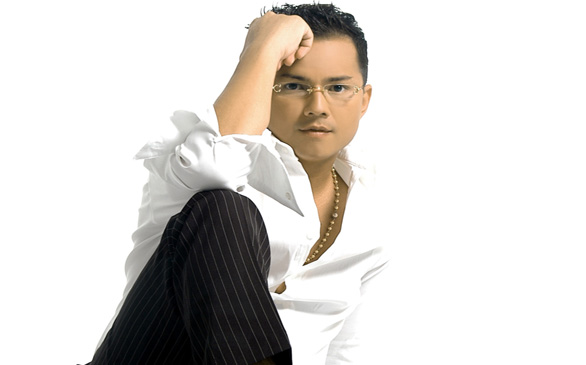 Charlie Zaa is a singer from Colombia.

Everything hasn't been a piece of cake for Charlie Zaa, but he has managed to remain a legend in his native Colombia and all around Latin America, among other popular areas of the world.

Zaa, arguably one of the most acclaimed bolero singers of all time, returns to Los Angeles as he celebrates the 15th Anniversary of his 1996 debut album, Sentimientos (Feelings), through a CD re-release. He performs on the night of Thursday, Oct. 25, at the Conga Room in downtown Los Angeles.

"I've visited L.A. many times over the years. I recognize that L.A. has generated great things as part of my career," Zaa said. "The fans in L.A. are special...I owe a lot to them, along with the Central American and Mexican communities residing within the city - in fact, all the Latin people in L.A."

Sentimientos established Zaa, who enjoys spending time with his family during his spare time, as a champion while singing and performing in front of the microphone for his romanticizing ways. Moreover, it netted him a platinum album status in rapid fashion.

The album went on to achieve stardom in various ways, including spots at No. 1 in the U.S. Billboard charts for Top Latin Albums and Tropical/Salsa Albums.

Now, Zaa is scheduled to release a 15th Anniversary Edition of his debut album Sentimientos, one of the best selling Spanish language albums of all time. It's considered a collector's package and also includes all of the original recordings. Additionally, it features a bonus track, "Un Disco Más," in a bachata version. And Zaa, who resides about three hours south of Bogotá in the city of Girardot, is happy about it.

"On Nov. 13, my most recent musical production will release," he said. "I say most recent because it is the most fresh album I can deliver to my fans. Originally, it debuted 15 years ago. It's just a marvelous album...we've remastered all the songs."

In his late teens, Zaa became a singer for the acclaimed Colombian salsa bands Grupo Niche and Orquesta Guayacán. But then he left those musical stings to pursue his solo career - a decision that's been rather rewarding for Zaa, who was born Carlos Alberto Sánchez.

"I come from a family of artists. My father was a great singer," said Zaa, who acknowledged that his grandparents and great grandparents made a living performing serenades. "...That's how I first got involved with music; it was because of my father."

Interestingly enough, Zaa has always been a fan of architecture, interior decorating and anything related to construction. If not music, he could have pursued a profession within those fields, Zaa hinted.

A couple of years after going solo (1998), he won the honorable Artist of the Year award at the Billboard Latin Music Awards. The honors didn't stop there, as his album De Un Solo Sentimiento was nominated for a Latin Grammy Award in 2002.

Zaa, who has sold over 7 million albums worldwide, is looking forward to his L.A.-based concert.

"I've very happy to be returning, as I share my music with the public of L.A.," he said. "We'll have a good time. Hopefully, it'll be a magical and special moment so that we can enjoy the show in a unique manner."