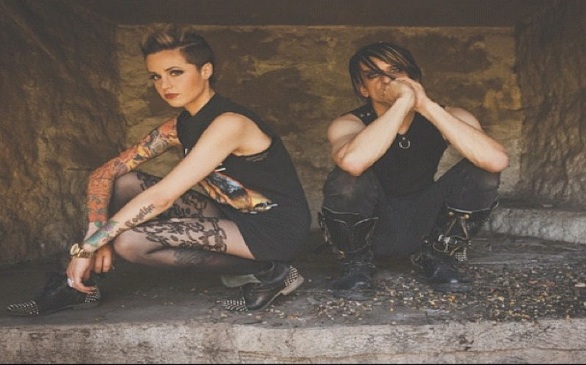 As much as I am a full supporter of bands taking on a new experimental sound and exorcising their creativity under a new plateau, I’ve become quite the opposite when bands change their lead vocalist and call themselves the same band name. I mean, what was Gun’s N Roses without Axel? The vocals are, for the most part, the magic potion to allure and entice listeners and create new fans. When something in that equation shifts, it throws the whole system off. That is exactly what has happened with the new album, III, by Shiny Toy Guns.

Other then a few listen-worthy tracks (“Wait For Me”, “Carrie” and “Fading Listening”) that seem to carry a misplaced but likeable electronic Fleetwood Mac sound, I’d say the “Disko” is looking a little displaced without the edgy powerful voice of the departed lead vocalist, Sisely Treasure, who was replaced by original member Carah Faye Charnow. Nothing makes your fans applaud the sound of transmitted confusion more than the band themselves deeming their members interchangeable (I’m totally joking).