Happy Halloween! Here are Some Musical "Treats" For You 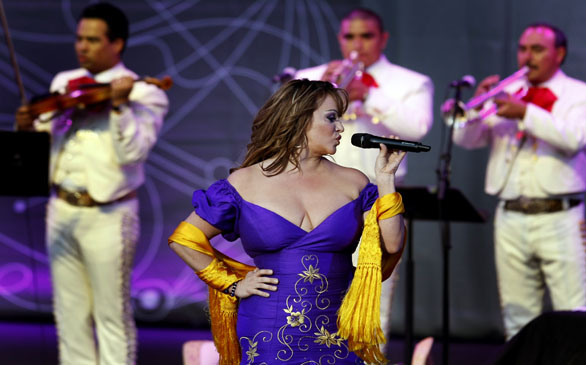 The Casket Girls will drop its new album on Nov. 6.
(Credit: Courtesy of Graveface Records)

ZAK BAGANS VS. PRAGA KHAN: NECROFUSION
How’s this for new music to play at your Halloween party---the first ever album from Zak Bagans, the lead paranormal investigator for and host of the Travel Channel’s #1-rated program, “Ghost Adventures.” Bagans has teamed up with Praga Khan, founder of The Lords of Acid, to release NecroFusion, an album built around the spooky electronic voice phenomena (EVP) recordings that Bagans has made in some of the most haunted places on the planet. The song “In My Dungeon” features the voice of a male spirit telling him to “watch it” and a female spirit saying, “I want you.” Bagans used spirit voices from more than 100 EVP recordings on “They are Talking,” and on “Sing for Me,” he actually captures the sound of a female spirit singing. The music on NecroFusion is a mash-up of rock, dub and post-industrial.

CLUB CRIMSON HALLOWEEN EVENTS
They have “23 acres of terror” at the Haunted Hollywood Sports theme park in Bellflower, including “killhouses” and numerous mazes and “scare zones.” They also have Club Crimson, a two-story nightclub built with props from the film The Haunting where drinks are served by vampire barmaids and where you can also enjoy musical entertainment. L.A.’s very own metal “cut ups” Butcher Babies play on Oct. 25, and the night will also see DJ entertainment provided by Mikealis. On Halloween, guest DJs Nero Bellum of Psyclon Nine and Kristof Bathory of Dawn of Ashes keep the music flowing. Print out a flyer for the night’s event and bring it with you to get in for $10.

THE CASKET GIRLS
What label would you expect a band called The Casket Girls to record for? Why, Graveface Records of course. The band is a three-piece hailing from Savannah, Ga., featuring newcomers Elsa and Phaedra Greene and Ryan Graveface, he of Black Moth Super Rainbow fame, and they’re about to release an album of “haunting pop music” called Sleepwalking. The band came about in a bit of an odd way; while walking around Savannah, Graveface came across the girls as they played autoharp and “sang bizarre songs” on the street. After admiring them from afar, Graveface pitched the idea of starting a band, and now you can purchase Sleepwalking on Nov. 6.

TRY THESE, IF YOU DARE
Harouki Zombi has its debut E.P. Objet Petit A out this week. The band is a duo consisting of Nina Barnes from of Montreal and Orenda Fink of Azure Ray. The new Philistines album is the frighteningly titled Therewolves! Along Came a Spider has a new release of metal mayhem out; it carries the honest title If We Were Normal Men.