"The X Factor" Gets a Third Season 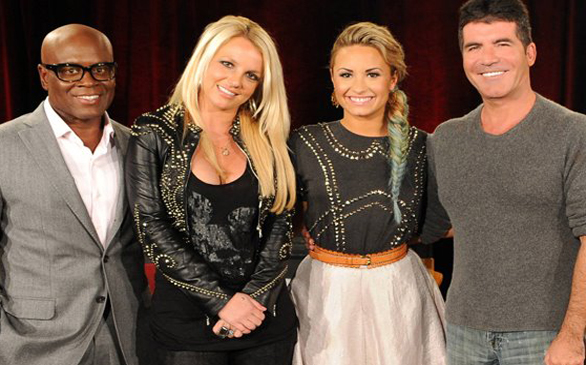 Fox announced Monday that it will be bringing back "The X Factor" for a third season.

The current season kicked off with new additions Britney Spears and Demi Lovato. Despite the hype of its new faces, the Season 2 premiere averaged 8.5 million viewers, down more than 3 million from last year's premiere. Settling in, the Fox series is averaging a 3.9 rating with adults age 18-49 and bringing in 10.6 million total viewers.

"I couldn't be happier about THE X FACTOR already being renewed for another season," the ever-confident Simon Cowell said in a lengthy statement. "I am so proud of the show and the team who have made it this season. I want to thank our incredible sponsors for their support and creativity, and FOX for going out of their way to do everything they can to make this show a success. Most importantly, I have to personally thank our amazing fans for the support and enthusiasm they have given to THE X FACTOR. Our main commitment will always be to find great talent, and let's not forget, we are now days away from our first live shows. The gloves are off! Expect fireworks!"

But will Spears and Lovato be back for Season 3? Spears' multimillion-dollar contract is only for one year - but maybe she'll consider coming back so that her memes will live on. And we doubt Lovato is willing to give up her spats with Cowell.

Until then, there's still much to digest of this season. Khloe Kardashian and Mario Lopez have signed to serve as the show's co-hosts - they're set to take the stage Nov. 1.