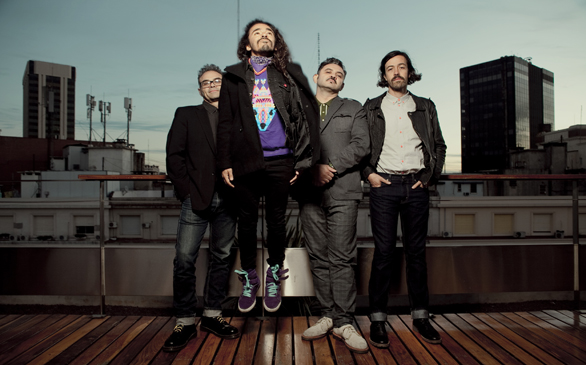 It’d been five years since we’ve had heard of Mexican alternative rock group Café Tacvba in the music scene with regards to an album.

The wait is over, and it’s worth it.

In it, there are 10 tracks that feature the splendid collaboration of award-winning Argentine music producer Gustavo Santaolalla; he’s worked with the act many times before.

“De Este Lado Del Camino” (From this Side of the Road), the album’s first single, shows why Café Tacvba is considered a profoundly influential rock act universally. The track sports an electronic feel; it’s musically neoteric, more or less. And the lyrics and vocals of Albarran are powerful.

Tunes like “Pájaros” (Birds), “Yo Busco” (I’m Looking For) and “Tan Mal” (So Bad) make the album darn cool – cooler than cool, actually.

El Objeto Antes Llamado Disco is a new taste of Café Tacvba’s lengthy successful catalogue, but they retain their musical influences: rock and Mexican regional, among others.

Overall, it’s another victory for the quartet.