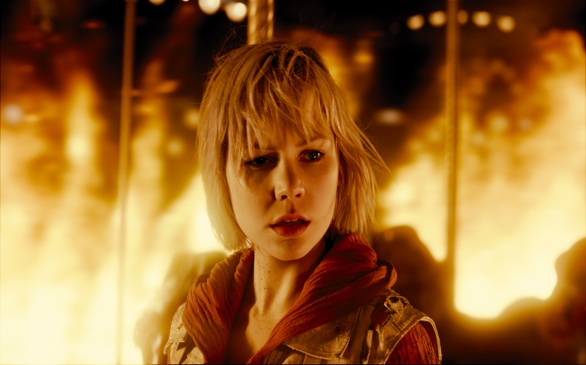 Born in Australia, actress Adelaide Clemens got her start on a television show called “Blue Water High” in 2006. Since then, she has appeared in a number of television programs and indie films. However, this fall she stars in not one, but two large-scale films: Baz Luhrmann’s The Great Gatsby, and the other is Silent Hill: Revelation 3D.

In Silent Hill: Revelation 3D, Clemens plays a character named Heather Mason. She and her father (played by Sean Bean) are on the run from “forces that they don’t fully understand.” The film is, according to the director, both a sequel and a movie that can be enjoyed as a standalone.

At Comic-Con San Diego in July, Clemens took the time to sit down and speak with Campus Circle about the upcoming sequel.

Campus Circle:  How does it feel to be portraying a beloved “Silent Hill” video game character [Heather Mason]?
Adelaide Clemens:  It’s kind of a whirlwind. It’s really nerve-wracking, because you want to live up to [the fans’] expectations. I think this is the first time I’m realizing the amount of followers this franchise has.

CC:  When you approached the project, did you feel a certain pressure to look at the character of Heather Mason in Silent Hill 3 and pull your personality traits from there?
AC:  When I first came to the film, I didn’t know much. I was hunted down by Sammy [Samuel Hadida], the producer, at Sundance. I was there promoting a different film, and I was followed by him. He was literally like, ‘You have to be in my movie!’ And I said, ‘Oh, yeah, you want to make a movie - how many times have I heard that.’ But then I read the script, written by Michael [J. Bassett], and it was a fantastic psychological journey for this character.

CC:  What was it like working with Michael J. Bassett on set? Is he tough?
AC:  It was fantastic. He’s British. He’s very honest - brutally honest, at times. He just pushed me and challenged me.

CC:  [Bassett] has spoken about how he likes to use “real” on-set monsters as opposed to CGI. Did you ever find yourself legitimately frightened on set by something they had created?
AC:  Absolutely! I honestly was! We had one monster called “the lobotomy monster.” I probably shouldn’t give too much away about it. They’d also purposely not allowed me to see the monster until we were doing the scenes. I was actually petrified!

CC:  So the fear we’ll see from you in the movie is real!
AC:  Yeah, it’s completely real. And a lot of them are really gory -- they actually smell. That’s because they’re made of rubber, and there are so many prosthetics and glue…you just have to kind of completely give into it and react! It was a complete blessing.

CC:  How does it feel to come into the second film as a new actress to the series?
AC:  It’s actually incredibly comforting to know that the film is going to have an audience. I come from independent films. So, there having been a platform for an audience already before having made the film is a huge luxury. But to be honest, while shooting the film, I just couldn’t think about it. I just had to be Heather and make it as real and believable as possible. If I’d bogged down my head every night with the pressure [of pleasing the fan base], I’d be steered off-track.

CC:  Can you tell us a little bit more about your background in film?
AC:  Well, I’ve worked ever since I was 16 in Australia on different Australian TV series. I did a film called Wasted On the Young, which was an independent Australian film that is now kind of bubbling. Silent Hill was my first experience of such a huge scope of a film. Since then, I’ve finished up a period piece in the U.K. called “Parade’s End.”

CC:  Was it surreal to step into the world of Silent Hill on your first day of shooting?
AC:  Especially watching the first film, you tend to assume a lot of it is CGI. But we had practical ash rain and practical sets! We had to create the esthetic of the game and not in a digital version.

CC:  Are there any similarities between yourself and your character in Silent Hill: Revelation 3D?
AC:  You know, I think every teenager has to come to terms with [his or her] identity. When making the film, I was definitely going through that. I think that never giving up and the fight for family is something that I identify with. Heather is on this mission to look for her father. The fact that you’d go to the ends of the earth and risk everything for your family... I mean, I don’t want to get all-sentimental, but I’d do it hands down.