Obama vs. Romney on College Issues 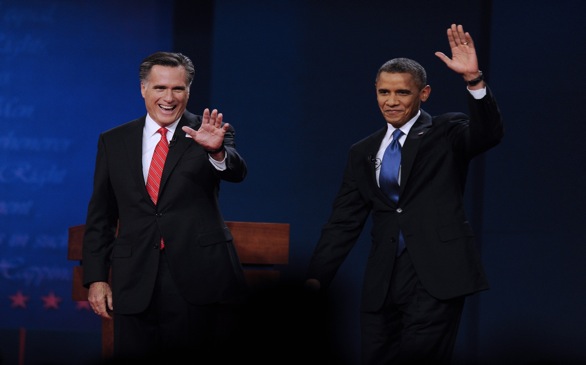 We scoured the media and listened to the debates. In just a few more days, we will all be called to exercise our right to vote. Are you ready? Here are some facts regarding some of the issues affecting younger Americans today and how both candidates feel about them.

Dream Act
For those of you who are not familiar with the details, the Dream Act is a program that gives two-year long government issued deportation deferrals and work permits to illegal immigrants who came to the U.S. before their 16th birthday. With the work permit, illegal immigrants can get a valid social security number, a driver’s license and financial aid for college. Basically, it allows immigrants who were brought here illegally, and who grew up in the U.S., the chance to be a part the U.S. government system. It does not, however, guarantee a path to citizenship because it is only temporary. Those interested in applying for the Dream Act program must pay $465 and prove that they have lived in the U.S. for five years. They must also be in school, graduated from high school or honorably discharged from the military.

Obama’s Views: Being that it was passed by his own legislation, it’s safe to say that the president supports the Dream Act.

Unemployment
According to ABC News, an Associated Press study discovered that half of all recent college graduates are underemployed or unemployed. That means that 1.5 million bachelor’s degree holders below 25 years of age were jobless or underemployed last year. For those students nearing the end of their college career, numbers like these can chill you to the bone, and they are very influential in the voting process. CNN claims that the unemployment rate reached 10 percent in Obama’s first year of office but has dropped down to around 7.8 percent in more recent analyses. This drop in the unemployment rates is due to the fact that some people are going back to work, but it is also due to the fact that people are dropping out of the work force entirely. This makes analyzing Obama’s efforts towards unemployment difficult to determine.

Obama’s Views: According to CBS News, Obama plans to lower corporate tax rates from 35 to 28 percent in order to give businesses more money to hire more employees. He has also claimed to put $3 billion into job retraining to help 22 million workers.

Romney’s Views: Romney plans to cut the corporate taxes from 35 to 25 percent, 3 percentage points lower than Obama. With this plan, he hopes to create 20 million jobs in the next four years. As for job retraining, he thinks that it should be a state level issue and not a federal concern.

Birth Control/Abortion
The Planned Parenthood website claims that more than 99 percent of sexually active women between the ages of 15 and 44 have used some sort of birth control in their life. With newer generations learning more about how contraceptives work, it’s popularity has grown throughout the years. Thus, knowing where the candidates stand on this issue is crucial for many.

Romney’s Views: According to the Washington Post, Romney (a pro-life believer) opposes abortion except in cases of rape and incest or when a mother’s life is at risk. He also claims he would try to remove federal funding for Planned Parenthood.

Gay Marriage
The issue of gay marriage has been a concern of the younger generations and was a big factor convincing the younger voters to hit the ballots in the 2008 election.

Obama’s Views: According to NPR, Obama endorsed same sex marriage saying, “I’ve just concluded that for me personally it is important for me to go ahead and affirm that I think same sex couples should be able to get married.” That said, Obama thinks it should remain a state issue.

Romney’s Views: Romney believes that marriage should remain between a man and a woman.