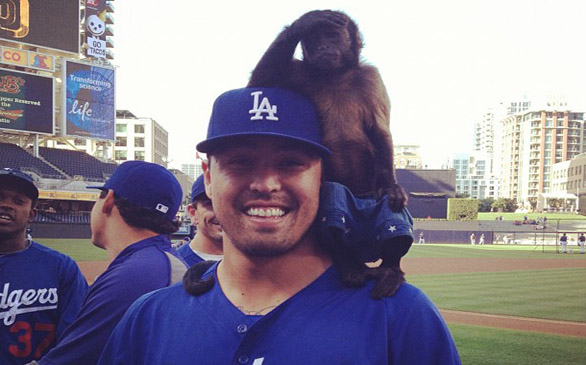 The Los Angeles Dodgers have signed relief pitcher Brandon League to a three-year contract, the team announced Tuesday. According to reports, the contract is worth $22.5 million.

“We’re excited to bring back a key member of our bullpen, which was a team strength last season,” said General Manager Ned Colletti. “"We were very pleased with what Brandon provided us after we acquired him. He pitched in a couple of different roles including the closer role most of the last month where he was very effective.”

League, who is 29-years of age, was originally acquired by the Dodgers at the 2012 trade deadline and proved to be one of the league’s most reliable relievers down the stretch, going 2-1 with six saves and a 2.30 ERA in 28 appearances.

"Thank you to Ned Colletti, the entire @Dodgers organization, and fans for this opportunity!," League stated on his Twitter account.