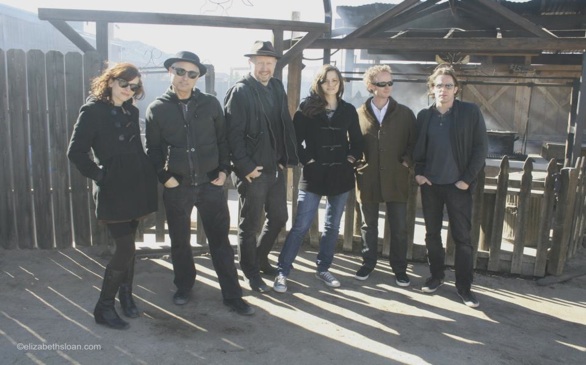 The Stripminers include a former Donnas' member and a Radsishes' member.
(Credit: Elizabeth Sloan)

You may know Brett Anderson as Donna A., the stage name she uses when she’s rocking out with all-girl group the Donnas, but her work with alt-Americana band the Stripminers demonstrates that Anderson is also capable of being vocally captivating working with nuanced material.

With the exception of during a cover of the Zombies oldie “She’s Not There,” Anderson sings mostly with quiet understatement, a technique that works nicely while she bides her time awaiting her lover on “Y’all Part 2” and during the lucid daydream that is “Admission Theme.”

And while vocally Frail Hope Ranch is primarily Anderson’s show, Paul Stinson of the Radishes is also in the band and shares vocal duties with Anderson on the album’s centerpiece, the stunning 12-minute “The Captive.” Ostensibly about a woman waiting for her man to be released from prison, the storyline plays out slowly, first from his viewpoint then hers, ultimately ending in mutual frustration as each lets go a jumble of thoughts simultaneously.

Many of the other songs here are slow motion too, but there’s a bit of a punk attitude to the sublimity; guitars hushed one minute suddenly purr with western-style cinematic buzz the next, twang fades into orchestration, and most punk-like of all, sometimes the music falls away completely, causing Anderson to sound exceptionally forlorn.

This is the second release this year for the Stripminers; clearly this brain trust (also including DJ Bonebrake of X) has lots of ideas and an impeccable chemistry to bring them to life.