LP: From Songwriter to Singer 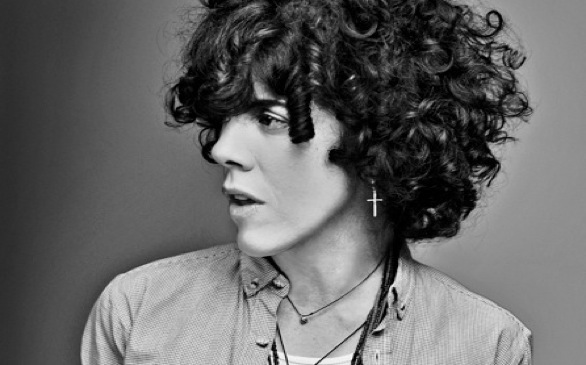 LP will rock the stage at the Troubadour on Nov. 5.
(Credit: Luke Dickey)

With curly hair and a skinny frame, many say LP (whose real name is Laura Pergolizzi) resembles Bob Dylan. The rock singer and songwriter may share characteristics with Dylan, but her fierce voice and folksy sounds make her stand out among the rest.

When asked about being compared to Dylan the singer said, “I think it’s funny. It’s just kind of a look thing. I’m honored.”

The New York native currently resides in Los Angeles and said she’s always had her stage name because it is her nickname. She enjoys the old school ring to the name, and her looks and name have been making a great impression around town.

Her current music video for the title track off her EP, “Into the Wild,” has the singer performing during a Thelma and Louise pursuit chase.  LP’s singing is the perfect fit for the road trip.

Over the years, LP has been writing pop hits for artist such as the Backstreet Boys (“Love Will Keep You Up All Night”), Heidi Montag (“More is More”), Rita Ora (“Shine Ya Light”) and Christina Aguilera (“Beautiful People”). Her songwriting even has presented some artists with anthems that are sung in the car in high-pitched tones, like Rihanna’s “Cheers (Drink to That).”

LP said she enjoys writing songs for other artists and hearing her songs on the radio. She noted one of her favorite artists to work with was Leona Lewis (“Fingerprint”).

When it comes to songwriting, the process could happen a different number of ways for her. But one thing that stays the same is having the right energy and flow in the room.  Usually the melody comes out first, but sometimes the title or lyrics appear to her while she is messing with some chords.

“It’s amazing when I hear someone else singing my words,” said LP. “It’s crazy. It takes a lot for someone else to sing your words.”

But after moving under new management, LP was encouraged to finally write songs for herself.

However, LP said singing wasn’t something she chose to pursue.

“It just chose me,” she said. It’s an emotional thing. That’s how I express myself. I write from a singer’s perspective.”

She lists some of her influences as Nirvana, Jeff Buckley, Joni Mitchell, Bob Dylan and Aretha Franklin.

“I love pop,” said LP. “I write the kind that sticks and is catchy for other people.”

All of these influences shine through LP’s unique voice, which can’t just be placed in the rock category. Her song “Into the Wild,” gives off a rock and pop feel as LP belts out “who left the gate open” and strums on the ukulele.

Although LP said she enjoys writings songs for herself and others, she could never choose between writing and performing.

“Without writing there is no performing,” she said. “I feel like performing sometimes is easier. When it comes to writing, I never know what will happen.”

LP said people that come to her show could expect the basics: good songs and really good singing.

“I hope they leave with a good feeling,” she said.

LP will perform at the Troubadour on Nov. 5.