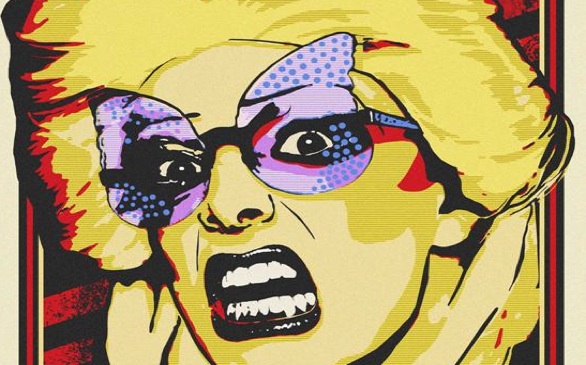 Hedwig and the Angry Inch is a show about what it means to be apart of the Sunset Strip.
(Credit: Courtesy of MSO PR. )

Hollywood is known as the entertainment capitol of the world. The best of the best come here to show off their skills and bring to life their creations that end up shaping the popular culture of the planet. But in this crazy city there are a few places that stand above and beyond the rest when it comes to their impact on the masses.

The home to a vital part of the entertainment world is the Sunset Strip in West Hollywood. The stories that have been born of the blood sweat and tears on that little strip of land have been told over and over, but none such as unique as Hedwig and the Angry Inch. It tells a heartfelt and inspiring story of what it means to truly be apart of the Strip.

“This is my third time doing the show. I started with the original production off Broadway,” said Donovan Leitch, the show’s star.  “And I kind of feel  (playing this character, the lead, Hedwig) I get something out of it. Hedwig is very open, raw and conflicted, and I get to go through this journey with it trying to be whole, and that is a story a lot of artists go through.”

He should know. He has been apart of the strip since he was born. In addition to being a world-renowned singer, he also fronted the all-star line up, Camp Freddy that has its residency at the same venue that the show is taking place at, The Roxy Theatre. And in this particular show, the Roxy itself is a vital part of the play.

“This is a sort of hybrid. The show is meant to be a band playing at the Roxy. But we aren’t just playing a concert; it’s a play,” said Leitch. “And Hedwig keeps getting interrupted by what’s going on off stage at another show. So the way we are staging the production -- you pretend it’s a concert, but it’s also a play.”

Confused? Don’t be. Imagine you are taking in the life of an aspiring performer that looks like David Bowie beat up Lady Gaga. You watch as he tells his story about his struggles, how he helped others get further and how he finds the power to rise above everything to be the star that he was meant to be.

The music ranges from rock to country to operatic anthems that will have you singing days after the show has past. The story you’re immersed in isn’t just for those that are aspiring to sing and dance, but for everyone that’s ever fought for what they wanted out of life.

Leitch added, “Hedwig has to tell his story. And that’s what makes the lyrics so great. He’s not just talking; it’s coming from somewhere real.”

If this isn’t enough to get you fired up to see the show, and knowing that the packed house will be filled with people who are passionate about performing, think about how it all started.

“Hedwig came out of a series performing at Squeeze Box in New York,” said Leitch. “They would just hop on stage and try things. Then it eventually evolved into a full show. People should be trying to create their own personas and stories, creating their own rock musicals. Look at what’s been born here: Rock of Ages came from here. Rocky Horror came to life on the Strip. It’s not New York, but there’s so much here to pull from.”

And it’s that passion from Leitch, Hedwig and the whole production that makes this one of the most legendary shows. So much of what is out there comes off self-serving, or it is focused on someone’s journey you can’t relate to.  It gives you the green light to go make what you want of your life, because if you don’t it will never happen.

The show is currently running at The Roxy Theatre on the Sunset Strip and wraps on the Nov. 7.