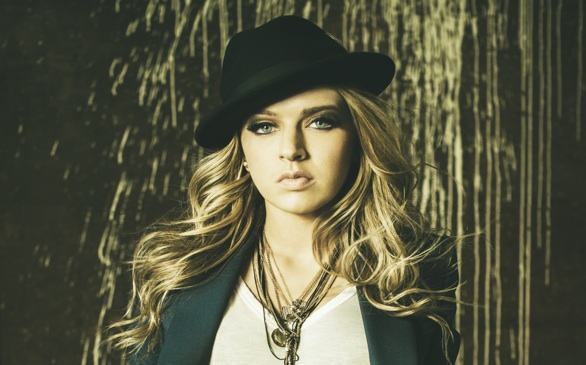 ZZ Ward will be at the Troubadour on Nov. 15.
(Credit: LeAnn Mueller )

Etta James. Robert Johnson. Nas. One of these musicians is not like the others. But for ZZ Ward, they all share one thing – they are all similar.

The singer’s varied musical tastes come together in her own material, which sounds like a mix of hip-hop’s rhythm, blue’s authentic lyricism and something distinctly ZZ. Her new album Til the Casket Drops shows off that sound along with her vocal chops.

At the age of 8, she began to show her family her talent and eventually she learned to play the guitar, piano and harmonica in order to write songs.

Ward’s use of personal experience might echo that of moody blues tracks but she puts her own brand on the songs.

“A lot of the times if I’m writing from a place of hurt, or pain, then I just tend to twist it to empower myself and empower people that listen,” she said.

And while she keeps listeners’ reactions in mind, that doesn’t mean she writes her music only to please her audience. There’s no set target audience in mind - just the desire to write.

“I don’t think like that. People that work in the industry, they think about things like that. I don’t. I’m a creator; I’m an artist. I made this record because it felt right to me. I think that’s all you can really do,” she said.

Ward’s sound first started garnering attention with her mix tape 11 Roses, which includes “Better Off Dead,” a song about a boy and justifying your sanity - with Tyler the Creator’s “Yonkers” musical workings as the accompanying sound. Tyler’s sound takes on a new quality with Ward’s smoky voice layered and harmonized as she croons about a straight jacket and a man “better off dead.”

“I was writing for my record, and I just sat down one day and was listening to music and I just started coming up with a chorus over Tyler’s ‘Yonkers.’ I didn’t think about it very much but I started writing over his song,” said Ward.

In many of the songs, Ward manages to capture the haunting feeling of blues songs with the infectious beats of hip-hop. Her parents loved the blues, but she snuck listens of her brother’s hip-hop CDs and eventually ended up writing choruses for hip-hop songs. Tracks from 11 Roses and Til the Casket Drops bridge the contemporary with the classic and show Ward’s respect for music icons and history.

“I was actually inspired by a lot of Alan Lomax recordings,” she said. “He would record prison and railroad songs and all of these historical recordings I started listening to. And the haunting-ness of it and simplicity of it really inspired a lot of this record.”

Ward continues to tour and at each show lets the audience in on some of the stories behind the tracks. Her sound presents something new to the current music climate, and the idea that to make good music today, it helps to look back at some of the best in music history.

ZZ Ward will be performing at the Troubadour on Nov. 15.