A New Album from Goldenboy, a Collaboration with African Artists and Punk Acts Covering Pop Songs 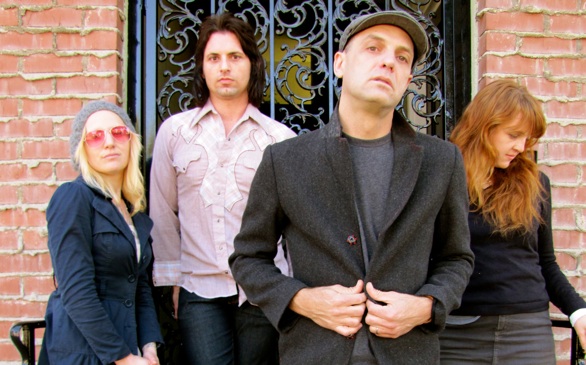 Goldenboy will have its debut album reissued and a new one to drop Nov. 20.
(Credit: Tatiana Velázquez )

TWO FROM GOLDENBOY
Fans of L.A. band Goldenboy now have a doubly good reason to rejoice: The foursome just had its debut album reissued, and it also has a brand new one about to drop. Blue Swan Orchestra has been out of print for quite awhile, and it’s not just Goldenboy fans that are happy about the re-release; the late Elliott Smith sings on the record, and his fans have been anxious to get their hands on Blue Swan Orchestra. Then on Nov. 20, the recorded-in Silverlake The New Familiar releases. And to top it all off, you can see Goldenboy at a special record release show at the Bootleg Bar on Nov. 14.

RHYTHMS DEL MUNDO: AFRICA
Artists Project Earth (APE) has the fourth release in its Rhythms Del Mundo series ready to drop. Rhythms Del Mundo: Africa is a collaborative effort between some of the world’s biggest rock and pop stars and some of Africa’s most-renowned artists. The result is African mixes of songs like Coldplay’s “Viva La Vida,” Beyonce’s “I Miss You” and Bruno Mars’ “Grenade.” APE works to provide funding for more than 300 projects worldwide and is involved with reforestation, wetland conservation, anti-fracking efforts and providing aid when disaster strikes. The End Records releases Rhythms Del Mundo: Africa on Nov. 20.

MENAGE
There are three members in the new group Menage, but they are siblings so it’s best not to think of them as Menage a Trois. The Ferreiras --- Gabriel on drums, Basilio Fernando on bass and guitar and Bela on vocals and keyboards --- are part-time L.A. residents, and they’ve come together as a family to play in what they agree is the most exciting thing they’ve done since they first picked up instruments. The family’s roots are in Portugal, and band members also spend time in Toronto so the very different cultures of Europe, Canada and L.A. all factor into their music. The group’s first release is the self-titled album Menage, and it features the single “Bury Us Young,” a cut written about trying to find inspiration in L.A. Menage drops on Nov. 13, and the band embarks on a U.S. tour around the same time.

HALF NOTES
Trapper Schoepp & the Shades, pals of Jakob Dylan, will play songs from its debut Run, Engine, Run during a Nov. 9 showcase at the Mint. L.A.-based stoner/metal band All Hail the Yeti launch a brief west coast tour this month that culminates with a show at the Whisky on Nov. 24. The MySpace “Feel the Music” series comes to L.A. on Nov. 17; the free show at Dim Mak Studios on Hollywood Blvd. will feature DJ Jazzy Jeff. Trent Reznor’s (Nine Inch Nails) new group How to Destroy Angels releases an E.P. called An Omen on Now. 13.