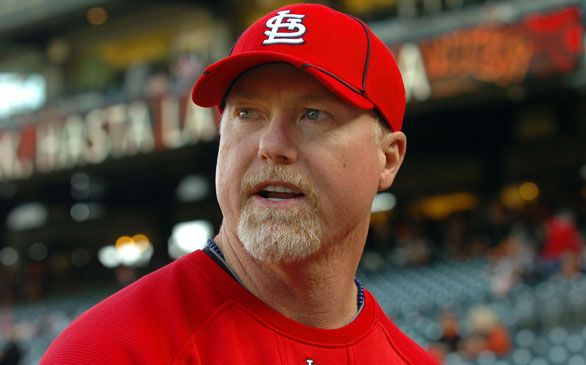 The Los Angeles Dodgers today named Mark McGwire their new hitting coach, the club formally announced. McGwire, who attended and played baseball at USC, previously served the same position with the St. Louis Cardinals. According to numerous reports, McGwire rejected a contract extension with the Cardinals to be closer to his home in Orange County.

“Mark has been able to translate his success as a big league hitter into his work as hitting coach with the Cardinals,” Dodger General Manager Ned Colletti said in a prepared statement. “He earned the respect of both veterans and young players while in St. Louis and the offensive numbers the Cardinals produced under his tutelage speak for themselves. We’re excited to have him join our coaching staff and anticipate great things from his work with our hitters in 2013 and beyond.”