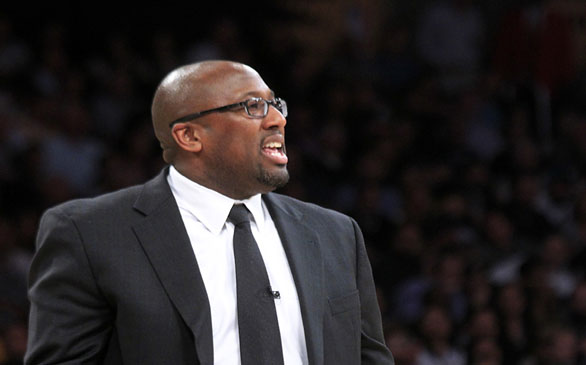 A 1-4 start is all it took for the Los Angeles Lakers to dismiss Mike Brown as head coach of the team. The move was first reported by Ramona Shelbourne at ESPNLosAngeles.com Friday morning. On Thursday, it was publicly announced that Jim Buss, the organization's second in command, still supported Brown. But that's no longer true.

“I have great respect for the Buss family and the Lakers’ storied tradition and I thank them for the opportunity they afforded me," Brown said in a prepared statement. "I have a deep appreciation for the coaches and players that I worked with this past year and I wish the organization nothing but success as they move forward.”

Asistant coach Bernie Bickerstaff will take over as interim coach for Friday night's home game against the Golden State Warriors. A search for a permanent head coach has begun. According to reports, the Lakers want one of the available veterans available: Phil Jackson, Jerry Sloan, Mike D'Antoni and Nate McMillan.