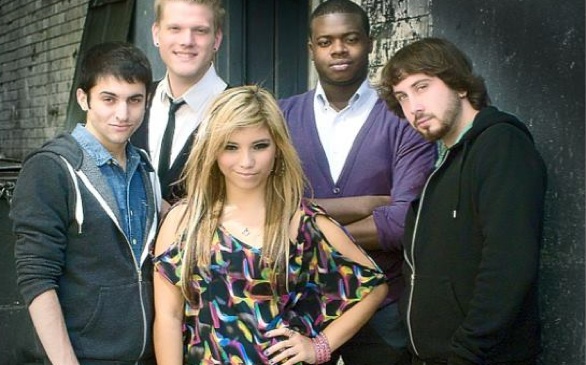 Pentatonix went from singing competition to releasing its own albums.
(Credit: Facebook.com/Pentatonix)

After winning NBC’s now cancelled "The Sing-Off" last year, Pentatonix cashed in on their victory by releasing the well-received PTX Volume 1 this spring. It’s rare that a still relatively unknown group would follow up so quickly with a Christmas release, but the sound this young a cappella vocal group puts out is equally rare. The six songs on PTXmas are all familiar holiday classics, but you’ve never heard them like this. “Angels We Have Heard on High” sounds not only like it’s sung by angels but by angels who dig hip-hop as four male and one female voice soar in heavenly melody to a voice-generated street beat. “O Come, O Come Emmanuel” is more sedate and performed pretty much as it’s normally heard as is “O Holy Night.” “This Christmas” is a candy cane flavored sexy gospel/jazz and perfect for an under-the-mistletoe kiss or two, and “Carol of the Bells” is also playful as the group’s five voices carry the melody. PTXmas is just an E.P. and only about 20-minutes long, but that’s enough time to open presents or, as these romantic interpretations are also perfect for, cuddling up with a cup of spiced eggnog and someone special.