Record Store Day Events, New Run-D.M.C. Album and the Bolts at the Roxy 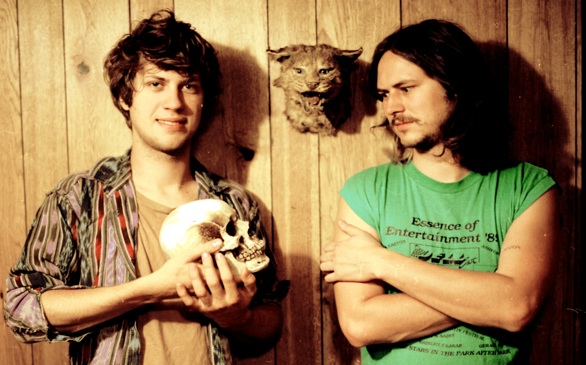 RECORD STORE DAY GOES BACK TO BLACK
The coalition of indie brick-and-mortar record stores participating in Record Store Day, the annual event that takes place in April, will once again be celebrating a second Record Store Day the day after Thanksgiving. That day is known as “Black Friday,” and the Record Store Day event gives music lovers a chance to purchase limited edition releases, many on vinyl, that are only available from participating indie stores. Among the collectible vinyl releases available that day will be 7-inch singles from Band of Horses, Cee Lo Green/Donny Hathaway, Jeff the Brotherhood, Asobi Seksu/Boris, the Shins, Lucero, the Rolling Stones, several titles from the White Stripes and a one-sided Tomahawk single with the group logo etched onto the B-side. The Lumineers, Norah Jones, Mad Season and My Morning Jacket are among acts releasing 10-inchers, and there’ll be lots of 12” releases from the likes of Nirvana, Mogwai, Fat Boys, Coheed & Cambria, Dr. Dog and King Diamond, with many being on colored vinyl or available as a picture disc. More than a dozen Los Angeles-area stores are participating, including Origami Vinyl, Melrose Music, Rockaway Records and Bombass Muzik. For details visit www.recordstoreday.com

KIND OF LIKE A COMP II FOR FREE
Kind of Like Records has released a free 22-cut compilation featuring tracks from Braid, Lemuria, Luther, Broadway Calls and a myriad of Kind of Like recording artists like Candy Hearts, Direct Hit! Anad Glocca Morra. Other contributing acts include the Holy Mess, Masked Intruder and the Sidekicks. Download your free copy at www.kindoflikerecords.com/comp2

THE ESSENTIAL RUN-D.M.C.
Legacy Records has released a 2-CD, 29-song compilation featuring the best-known cuts from Run-D.M.C. and a few harder-to-find tracks as well. The Essential Run-D.M.C. includes all the smash hits like “My Adidas,” “Peter Piper,” “Run’s House” and “Walk This Way” (with Aerosmith). Also included are semi-rarities like a long remix version of “Jam-Master Jammin’,” a version of “Here We Go” and the holiday tune, “Christmas in Hollis.” The set also features the ground-breaking hip-hop artists working with various guests; Kid Rock appears on “The School of Old,” Chuck D and Ice Cube guest on “Back from Hell,” Pete Rock and CL Smooth join the trio for “Down With the King” and Q-Tip appears on “Come on Everybody.” Run-D.M.C. biographer Bill Adler penned new liner notes to accompany the set.

HALF NOTES
Old school punk fans are rejoicing at the news that original Pennywise vocalist Jim Lindberg has rejoined the band; the group will play a hometown show at the Palladium on Jan.18. Expect a new album from L.A.-based rockers the Bolts in February; in the meantime the band has a new E.P. out called Fall 2012 and they’ll be playing the Roxy on Nov. 30. Psychedelic outfit the Sister Ruby Band has a new single out called “Oh Mercy,” and they’ve enlisted the hot production duo Focus Creeps to lens a video for the tune. Ioanna Gika and Leopold Ross, known collaboratively as IO Echo, have new songs out called “Stalemate” and “Eye Father;” the duo’s unique sound comes partly from the exotic instruments it uses, including koto harps and Chinese violins.