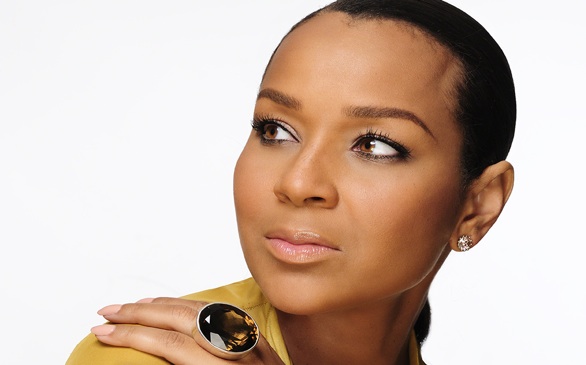 The beautiful LisaRaye has taken it upon herself to design jeans that benefit curvaceous women.
(Credit: D’Andre Michael)

You might recognize her from movies (The Players Club, Beauty Shop), television shows (“Single Ladies” and “LisaRaye: The Real McCoy”) and even her work with the Barack Obama campaign, where she posed with a painted photo of the president on her back during this past election season.

But what you might not know is that this actress/advocate has a project up her sleeve that is coming out soon: her revamped jean line made specifically for curvy women.

McCoy launched the line back in 2011 in a partnership with PZI Jeans (a brand that also specializes in jeans for curvy women). However, McCoy is no longer partnering with the company and is instead “revamping” the jean line to make it her own.

“The jeans won’t be different,” said McCoy.  “It will just be me doing it on my own and still catering to the curvaceous woman.”

It’s no secret that curvaceous women have a hard time finding jeans in the current market. Most jean lines hide women’s curves instead of flattering them...or they make curves look outright unattractive.

According to a ShopSmart poll in 2010, the top biggest complaints women had when shopping for jeans included: 1) My thighs look big, 2) My butt looks too big, 3) My butt look too flat, 4) My hips look too wide and 5) I look too lumpy or too large overall.

McCoy experienced these jean-shopping dilemmas herself, and it inspired her. Frustrated by the fact that most jeans seem to be made for model, stick-figure types, she took matters into her own hands.

“I was having problems finding jeans myself,” said McCoy.  “I have a small waist and a ‘kadonka donk’! And there are so many jeans out there for the ‘average’ woman.  But women (who have curves) are coming up all over the place - it’s no longer just a ‘black girl’ thing.”

McCoy’s jeans will be made out of comfortable materials that will flatter a woman's hips, thighs and rear end.

“It’s all about the material, fabric, stretch and design of the jeans,” said McCoy. “That’s what I’m capturing in my line.”

Not only is McCoy capturing and highlighting women’s curves in her line, her line will also benefit thinner girls who might not know they have curves to flaunt. According to her, every woman (thick or thin) has curves that can be accentuated.

“[The line] is for the women who have a fuller rear end,” said McCoy. “But every woman has an unique shape. Because of the stretch and material, the jeans will accentuate every woman’s curves.”

For shy curvy girls, showing off your curves in a pool filled with stick-thin, Hollywood-esque, model-type women is a little (okay, very) nerve-wracking.  However, McCoy gave advice on how curvy girls can feel more comfortable.

“Here’s the thing,” she said.  “Even if you don’t feel like showing off your curves, it’s about the fashion statement.”

McCoy’s line will not only include jeans. There will be other fashion pieces (tops, jackets, etc.) that women can combine with their jeans to express their creativity and fashion sense.

Even though McCoy loves her own curves (and curves on women), she has decided to partake in the ViSalus, Body by Vi 90 Day Challenge.  In this challenge, she drinks protein shakes, eats healthy snacks, takes supplements and exercises.

“I’m interested in leaning out, toning up and getting rid of cellulite,” said McCoy.

But…what about her curves? When asked if she was going to shrink or lose her curves during this challenge, McCoy had two things to say: