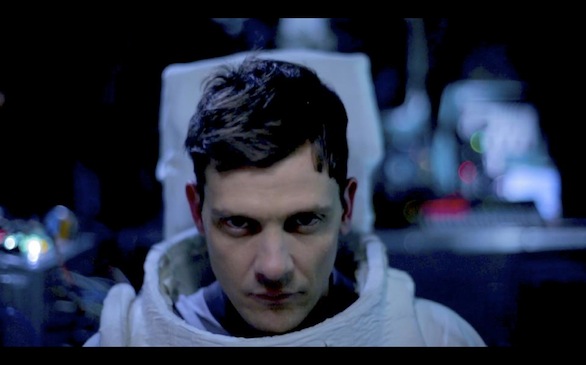 A native of Uruguay, Juan Campodónico is a musician, producer and composer.
(Credit: Facebook/Juan Campodonico)

Uruguayan musician, producer and composer Juan Campodónico continues to blend sounds at a rather unique level - one that exceeds all stages of excellence. There's nobody else like him. No one even comes close to reaching his distinguishing music acts.

The tune "1987," where Drexler provides vocals, received a Latin Grammy nomination in the category of Best Alternative Song.

Campodónico designated some time for an exclusive interview with Campus Circle. Directly from his native Uruguay, a phone interview was conducted.

Campus Circle: Tell us about the success of your latest musical work in Campo? Since its release, what have been the results?
Juan Campodónico: Campo was always intended to be a completely new project. Thus far, everything has been phenomenal. You know, it hasn’t even been a full year since Campo was first launched as a musical project; as a group, as well. Everything that has been happening is just so…uplifting. First of all, we’ve been nominated for and won several awards, both locally here in Uruguay and internationally. We earned a gold record here in Uruguay, as well as the Graffiti award, which is the top musical award in Uruguay. We’ve been nominated for the [Latin] Grammys and the MTV VMAs in Latin America. We are all very excited about how well Campo has been received musically. We never expected it to be as well understood as it has been.

CC: The song “1987” has been nominated for the Latin Grammy award for Best Alternative Song. How is it that you came to find out about the nomination? What were you doing at the time? How did you feel?
JC: It was around mid-day, and I believe (my publicist) Elena [Rodrigo] told me. About 5 minutes later, I got a call from Jorge Drexler – he’s the person I wrote “1987” with – to tell me he had also just found out about the nomination. Needless to say, he was very excited and happy. He understands just how important it is to be nominated and the implications it carries through the industry. He and I are both truly proud of the song.  Coincidentally enough, when we found out about our nomination, we were also finishing the video for that song. I believe we finished it the week after and posted it online. It seems as if the stars had aligned at that precise moment [laughs]. We are very happy about it.

CC: Speaking of the video, it seems something very…different…can you please talk about the concept of the video?
JC: Sure. In the beginning, the song’s lyrics are very poetic, abstract – metaphorically profound. It relates instances and internal sensations one can have throughout life to abrupt changes life throws at you – the important moments, when one decides to take control. We’ve used the imagery of space, the stars and the cosmos, solar storms and other phenomena of the universe. We thought it was beautiful when the directors presented us with the idea of the solitary astronaut, it fit perfectly with the song as well as being representative of all our own internal struggles in life. We feel it resonates well with the public. It’s something very new and unique.

CC: Comment on your experiences while working with Jorge Drexler on this song? How do the two of you agree on the lyrics?
JC: Jorge, who’s from Uruguay like me, I’ve known him for many years. We met while we were in school and had the same music teacher. He was a bit older, 20-something, and I was about 17-18 years old. I always liked the music he made and we bonded. Years later, we began making music together – him as the artist and me as the producer. We did four albums together: Fronteras, Sea, Echo, and 12 Segundos De Oscuridad. Up until now, it had been a while since we had worked together. He and I were very involved in different projects. It was fantastic to work with him again, this time with a new arrangement – we decided we were going to do this together, something that gave us both a very integral part. This time around, the project and I have a more musically intimate connection. The day of the nomination, Drexler and I were talking, and we touched on the fact that every time we work together, it seems to go very well.

CC: How would you characterize Jorge Drexler’s voice?
JC: Drexler’s voice has a very clear presence. It’s something that reminds me of the Bossa Nova of the 50’s. His voice is very smooth, very opaque and reminiscent of George Gilberto. In regards to the song, it has references to several different time periods. And then his voice provides the song’s melody and invokes jazz and bossa nova elements there, as well.

CC: Is the nomination an already achieved accomplishment? Is it a victory for you all on its own?
JC: Yes. When it comes to awards, I don’t take them too personally. I don’t see them necessarily as a personal triumph. However, I do understand how important they are to the development of one’s music. Awards are tools to help the artist with their work. It helps their work be recognized and makes it so that more people become interested in your music, which makes your audience grow. This nomination and awards in general make me very happy and make me think, “Wow…this is helping so much!” Especially with Campo being a new project, I can’t help but speculate how much this will help even more so if we win. Deciding which group is better than another is very subjective, which is why I’ve never been a big advocate for this sort of thing. But as I mentioned before, it is a great tool.

CC: Is a tour in the U.S. approaching, especially a date in Los Angeles?
JC: We are almost certain we will be attending the SXSW Festival next year. Alongside that festival, we plan on doing some shows around the country. Nothing’s set in stone yet, but that’s the plan. Los Angeles is a must because we have many friends and fans there.

CC: Is there anything else you would like to add about the album, the song’s concept, or anything else in general? Are there any upcoming projects?
JC: At the moment, I am dividing my time between Bajofondo – finishing up an album – and with Campo – touring and preparing for the upcoming award ceremony. Also, Campo’s planning a new album for next year, based on remixes and some material we had to leave out of this album. It’s sort of a “side b” to the current album.