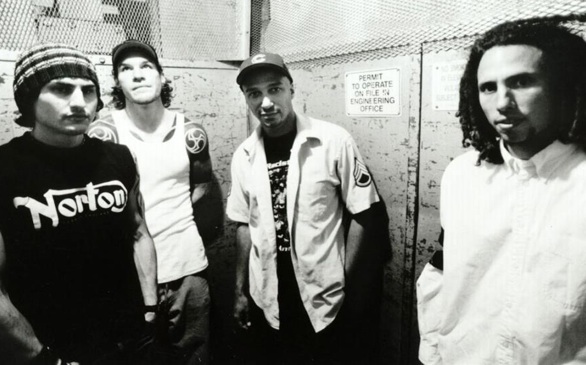 It’s hard to believe that Rage Against the Machine has been ripping through our airwaves for nearly 20 years now. Yet, the band re-appears in box set form with a solid collection of recordings and videos that is ripe for the bookshelves of any collector of rock memorabilia.

Rage Against the Machine XX is essentially a re-release of the bands self-titled album from 1992. It’s an unofficial 20th anniversary celebration for the band and a brief trip down memory lane for fans.

In order to give a full perspective on the band’s transformation from a grassroots rock band to a politically charged commercial success, this release is complete with the demo tracks as well as the re-mastered tracks of every song from the self-titled album. In addition, Legacy Recordings has also thrown in a few live tracks, including an old version of “Bombtrack” from the Clinton era.

These live tracks  are perhaps the most interesting facets of the release. Recorded as raw snippets from a period where Rage was at its height of inspiration and influence, these tracks are a testament to just how much power this band possessed. Complete with the introductory speeches from Zach de la Rocha, you can feel the energy that emanated from both musician and fans in a time and place where political action required more of its participants than simply ‘liking’ a cause on Facebook. It’s an energy that we haven’t seen since Rage first split up in 2000.

While this release indeed comes with a selection of new material, there is not enough content to make this purchase a complete necessity. It will look good on your bookshelf and can complete your collection of Rage Against the Machine recordings, but beyond that, you can take it or leave it. You’d have to be a pretty big Rage fan to really appreciate the nuances offered by this content, and even then, there is not a whole lot here that hasn’t been heard before.