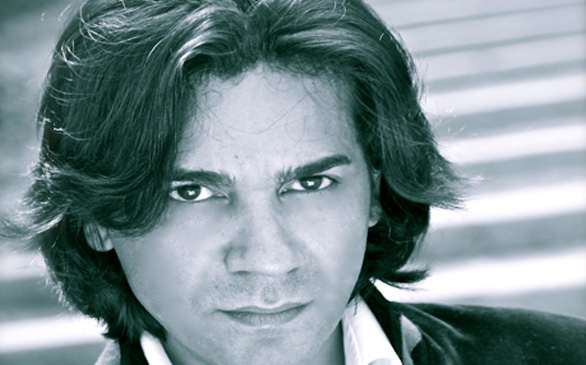 Antonio Cortés is a music producer of Spain.
(Credit: buconomusic.com)

Antonio Cortés, a music producer from Spain, has loved music every since he can remember. Growing up as kid, he attained his passion for the genre of flamenco.

"I come from a family of musicians and singers. I am the youngest of nine siblings, and we're all musically inclined," said Cortés. "The first thing I ever saw was a guitar. For me, it was the same as learning a language."

Over the years, Cortés has collaborated with several prominent Latin acts, including Venezuelan salsa singer Oscar D´León, pop singer Jon Secada and songwriter, musician and producer Sergio George, particularly during his stay in Miami - a city that welcomed him with open arms and still continues to do so. To date, he is known as "Barullo."

This year, Cortés' work was recognized with a wonderful honor. He received a Latin Grammy nomination in the category of Best Flamenco Album for his latest production in the album titled México Flamenco in which many acclaimed artists provide guest appearances.

"Just being nominated for a Grammy is commonly held as one of the most important goals in a musical career," he said about the nomination. "It's great recognition that would fill any musician with pride, and it's something I'm very thankful for."

México Flamenco is presented and was edited by Bucono Music.

Cortés already has a Latin Grammy under hist belt. In 2007, he won his first award for the song "La Canto" (I Sing It). On top of being composed by him, "Barullo" performed a duo with Oscar D´León in his record titled "Fuzionando."

His most recent production, México Flamenco, also includes Oscar D´León. On top of that, however, it carries the likes of Diego ‘El Cigala,’ Silvia Perez Cruz, and Enrique Heredia ‘El Negri.’ They all sing songs of Agustin Lara, Vicente Fernandez and Jose Alfredo Jimenez, among other tributes México. Together, Oscar D´León and Diego ‘El Cigala' both portray the tune "Vámonos" (Let's Go), which is a ranchera in time of the guagancó.

"I decided to focus on flamenco, because in one of my visits to Mexico, I sang a couple of flamenco songs with Oscar D'Leon, and we brought the house down," said Cortés. "Because of that, I felt indebted to Mexico. Their fans are very gracious."

"Then I became interested in using Mexican songs because another time I was there, I discovered songs that are real gems - very beautiful. Musicians here in Spain, who have trained in Flamenco, were very eager to share the experience."

Throughout the album, Cortés pays homage to some of the most know Mexican songs of all time - it's something he's been meaning to do for quite some time.

"Upon returning to Spain from Miami, my friends encouraged me to work on a project that was more  'mine' artistically, one in which I was less a producer and more an actual artist," said Cortés. "So I decided on a project, and I brought it to Joan Valent, who is a producer of classical music orchestras and film soundtracks, and he liked the idea."

"We proceeded to take a look back at different stages of my career, and sort of 'rescue' some songs from each stage," added Cortés. "Mostly, these are songs that are very dear to me but for one reason or another never made it on an album. We're looking to release it on April 2013."