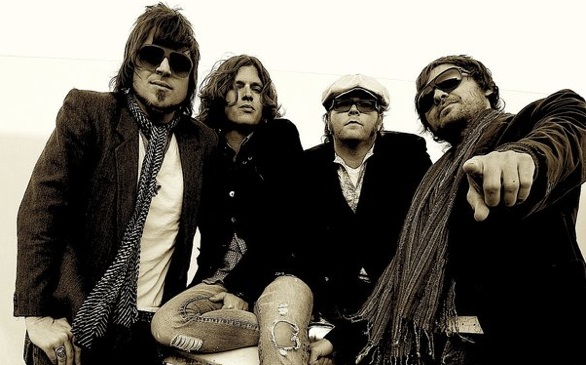 Rival Sons have a chunky blues, rock sound that often channels Led Zeppelin, and that’s garnered them a lot of fans who would otherwise not pay much attention to new classic rockers. Opening cut “Keep on Swinging” is a perfect example of the band’s fondness for the Mighty Zep; singer Jay Buchanan uncorks a quavering vocal over Scott Holiday’s buzz-bomb guitar playing and Michael Miley’s barely controlled bashing of drums. Even the ’60s-sounding “Until the Sun Comes” has a Zep connection; it sounds like something Jimmy Page’s pre-Zeppelin band, the Yardbirds, might have done. All the referencing of really successful well known bands wouldn’t mean much if it was just mimicry, but Buchanan can really howl proves it throughout Head Down, especially on the scathing “You Want To.” “Run from Revelation” is perhaps the purest of electric blues numbers here, and it features Holiday playing multiple guitar parts, including impressive slide. The acoustic Bad Company-like “Jordan” shows the softer side of Rival Sons, reflecting that Buchanan is just as comfortable singing without the bombast. But mostly fans should expect big noise from this band, both in their music and from the critics.